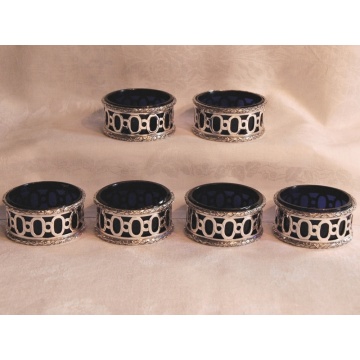 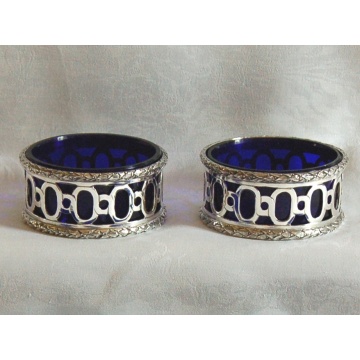 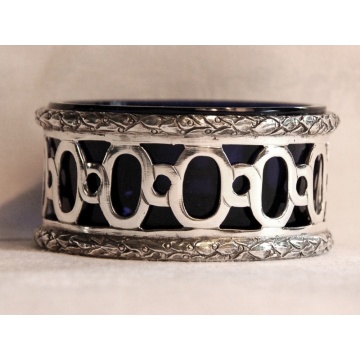 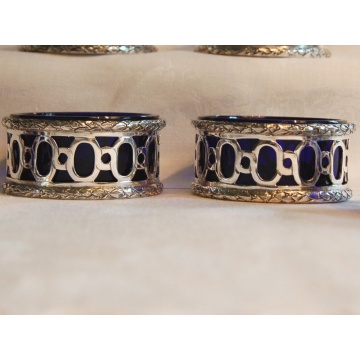 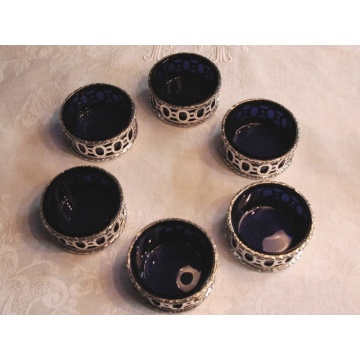 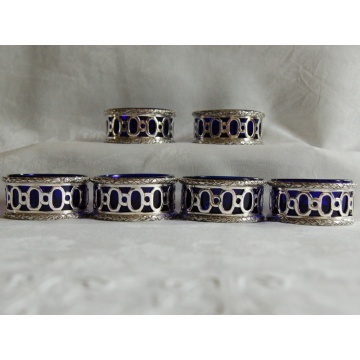 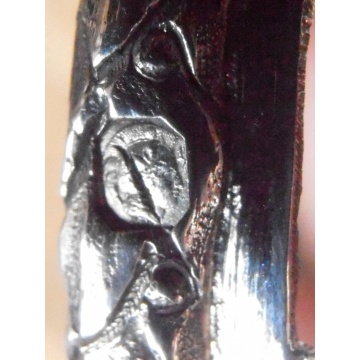 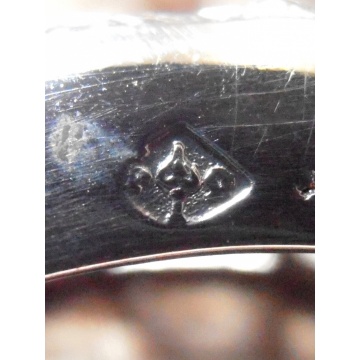 All six pieces feature the same refined and simple design of an egg and dart frieze which harks back to antiquity, and shows classical refinement.
The upper and lower level of the salt cellars is decorated with a delicately rendered wreath of laurel leaves.
The silver designs are highlighted by the dark cobalt blue crystal liners which are original to the pieces and are all intact.
The 6 salt cellars are in perfect shape, no losses or marks, just beautiful!

The Makers Mark is for Pierre François QUEILLE. His mark was registered on October 23rd 1834. The Makers Mark showed a P and a Q separated by an Antique Oar.
He started a dynasty of Master Silversmith in 1834 and stayed in business from 1834, to the 27th of November 1846 (Date his mark was cancelled.
Pierre François QUEILLE had his worshop at ’70 Rue du Faubourg Montmartre in Paris’.

He left over his practice to his son Eugene QUEILLE who moved the shop to ‘8 Rue Saint Roch Poissonière’. He started to work on February 11th 1847.
He then in turn left over his practice to his son: Pierre François QUEILLE who was named after his grandfather.
They moved their practice in 1874 to ’11 Rue des Petits Carreaux in Paris’.
Their production was sold by other Master Silvermiths as well, and they collaborated with several bigger names as the House of ODIOT and the House of FROMENT MEURICE!
Their House stopped production in 1930.