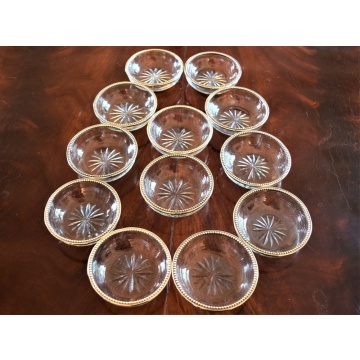 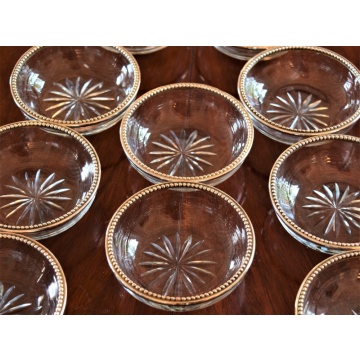 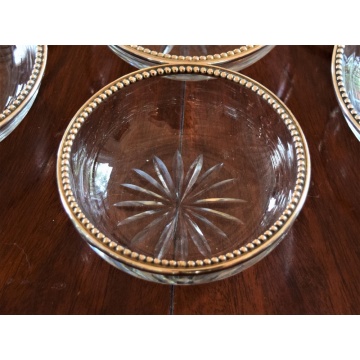 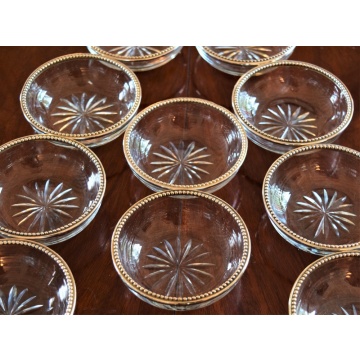 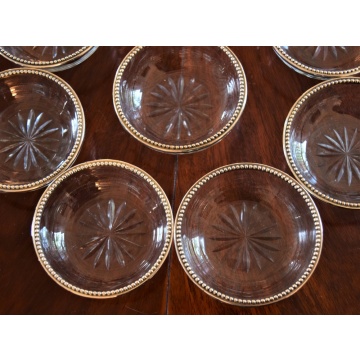 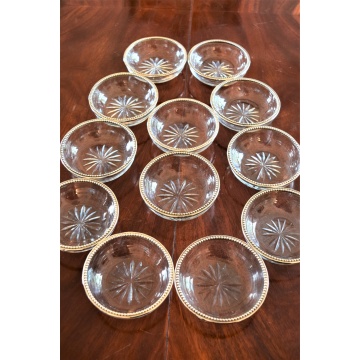 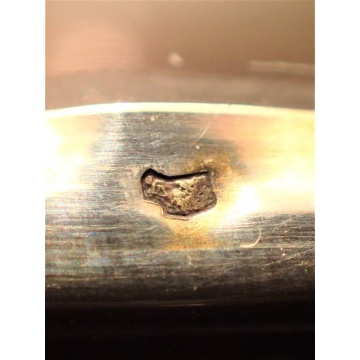 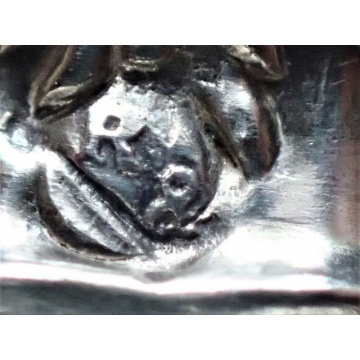 Elegant Antique French Silver and Crystal Finger Bowls set of 12 by Maîtres Orfèvres RAVINET DENFERT
Very popular in the later 1870/1880 these practical implements where used mostly when having shellfish during dinner or finger food.
This particular set is worked simply with a pearl dotted silver circle laid out on the upper part of the solid crystal bowls.
The bowls are wheel cut with a crossed line pattern.

They can of course be used as fruit bowls, or to serve hors d’oeuvres.

The Hallmark is the Boars Head-used for Smaller Silver objects 2nd title.1838 -1919 – Paris