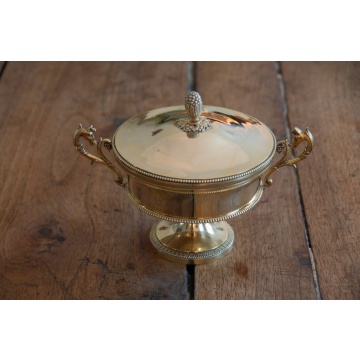 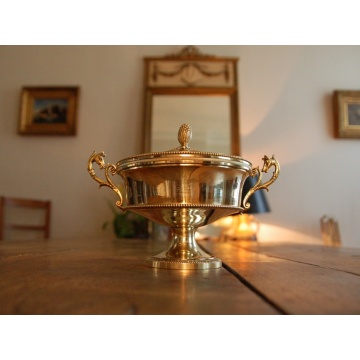 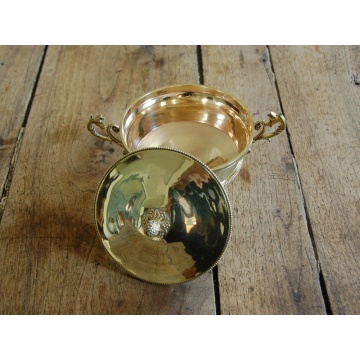 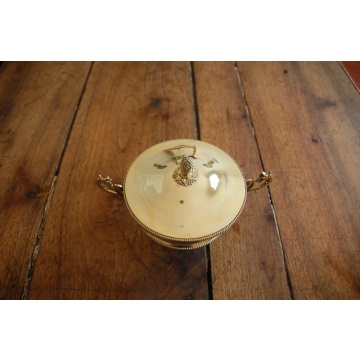 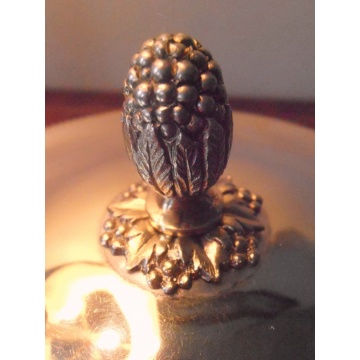 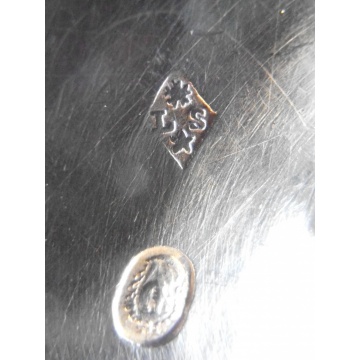 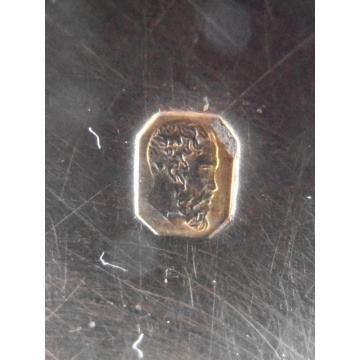 The Vermeil or 18 k gold gilding finish is just breathtakingly beautiful!
The ‘Bouillon’, rests on a round ‘Piédouche’ or Pedestal with an acanthus leaf design surrounding its edge. The lower part of the Bouillon shows a dainty pearl design which is again found around the edges of the lid.

The handles are the highlight of the piece featuring a horse’s head beautifully carved with lovely details as well as palmettos and rosettes. The Finial of the lid (or Frétel) is delicately carved with a blackberry and rests on a crown of grapes and grape leaves.
This is an extremely refined piece which can be used in a variety of ways, originally used to hold a ” Bouillon” or ‘consomme’ it can either be used to present condiments or fruits or as a sugar casket or to offer sweets at the end of a meal.

This lovely piece was created by Maitre Orfèvre L SAVIOT.
The Markers Mark shows the letters L and S with a star underneath the letters. He was received as Maitre Orfèvre in 1817, and first held shop at 15 Place Dauphine in Paris on the ‘Ile de la Cité’, a couple of streets away from what is known fittingly as ‘Le Quai Des Orfèvres’, then moved on in 1822 to 34 Quai des Orfevres itself.