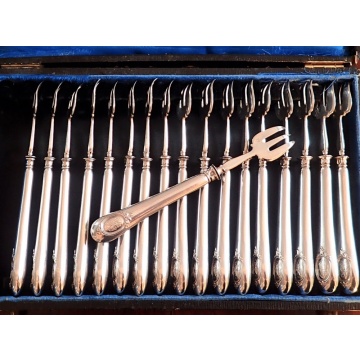 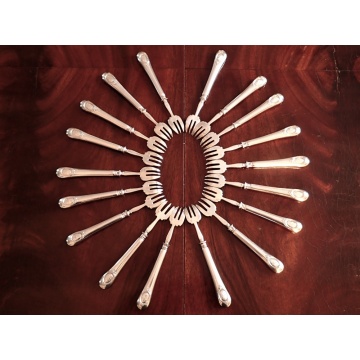 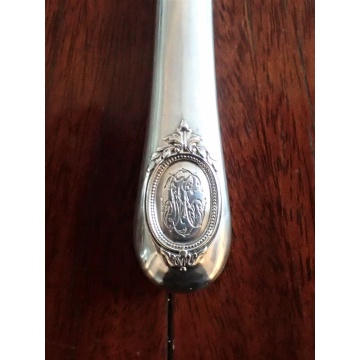 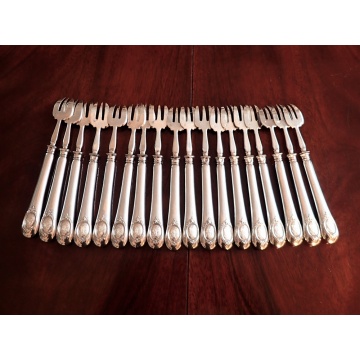 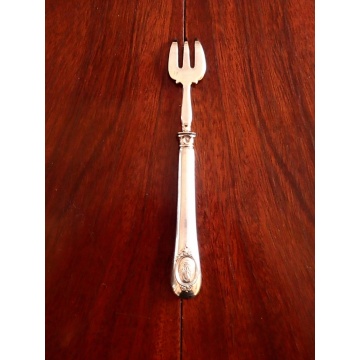 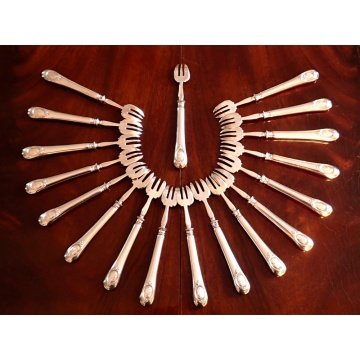 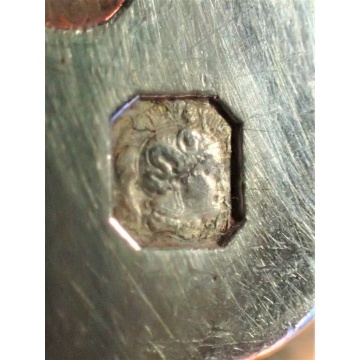 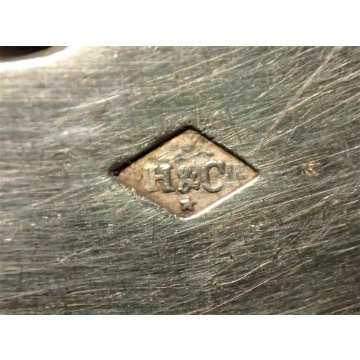 The forks are done in the simple yet elegant Baguette Ecusson style, which loosely translates to ‘Baguette & shield’.
The shield is topped by acanthus leaves and bears an LH Monogram.
The work is particularly refined and the set very elegant.

They are perfect to hold and handle with a really great shape.
Each fork has both the Minerva 1 Silver title as well as the Makers Mark.
They are in excellent condition and come in their original presentation box.
Sets of 18 were much rarer then Sets of 12 and usually showed a higher social status, this is enhanced by the location of the monogram on the reverse of the fork, which meant the tines were set on the table cloth instead of the back of the fork.

The height given is that of one fork.