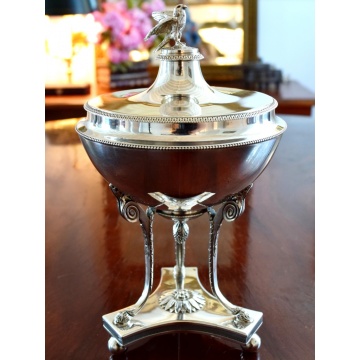 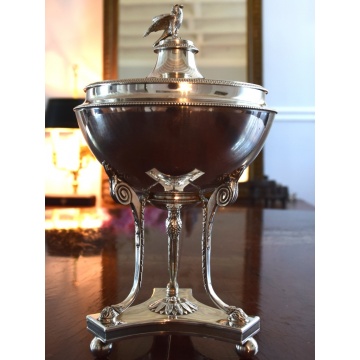 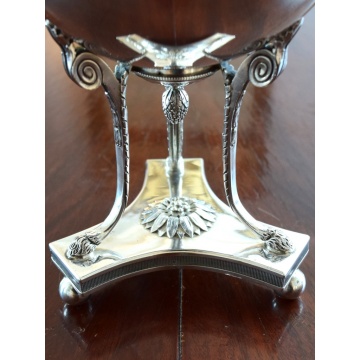 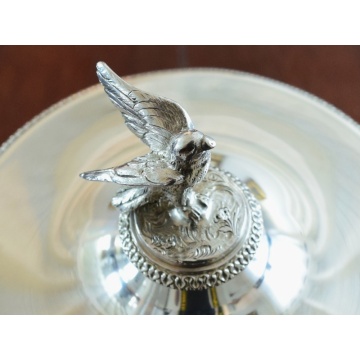 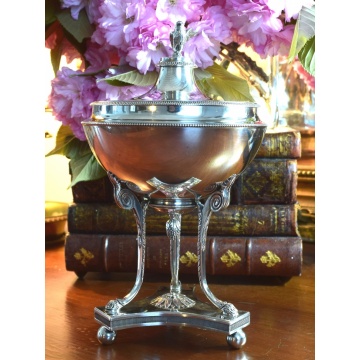 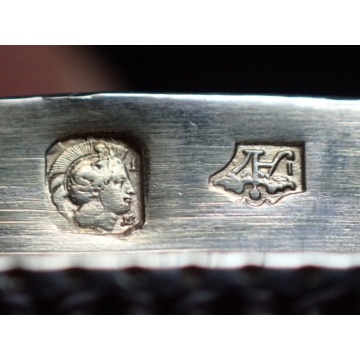 In France we call them ‘Drageoir’ or ‘Confiturier’ – But the only official name is a ‘Confiturier’ (Hence a Jam container), and it turns out that, originally, they were only thought of, and used, as Ceremonial Sugar Bowls.

This gorgeous ‘Drageoir’ showcases a trilobal pedestal resting on silver pearls and on an elegant geometric terrace.
The terrace has also shows a lovely sunflower center.
The three delicate feet rest on goat hoofs, and are topped by a floral scroll which support the main bowl.
The floral scrolls support the main Drageoir bowl which is lined withsilver pearls and shaped as a ‘vasque’ or cauldron.
The lid is very pure….
Dome shaped, it has a gorgeous seated Bold Eagle resting on the top as a Finial, on a crown of acanthus leaves and vine grapes.
The remainder of the lid is delicately carved with a rare oak garland which fans out with the edges carved out with a dainty gadroon design.
The interior is 18 carat gold covered.

The Marks on the lovely piece are very interesting….

The Hallmark is ‘Poinçon Minerve’ -1st title – 1838 -1919 – BUT it shows what is called ‘le different de Lyon’ a little square mark that is just in front of the Minerva’s chin, which identifies the piece as having been carved in Lyon.

The Second interesting Mark shown on photo # 7 on the right hand side of the Minerva Mark is the AV mark.
This mark was used in Austria to identify pieces which crossed legally into the country between the years 1901 and 1921.
Hence this piece at one point went to Austria….

The Makers Mark is for Charles Frédéric BERGER and Henri NESME.
Their mark shows a B and an N separated by a Chalice.
Their mark was registered on December 16th 1889.
Their workshop was first located 25 Montee du Chemin Neuf then 122 rue Saint Georges in Lyon.
The Nesme dynasty of Master Silversmiths would go on to produce some of the finest religious silver piece.