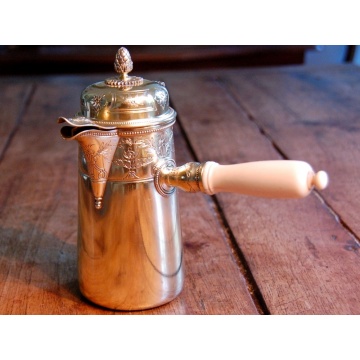 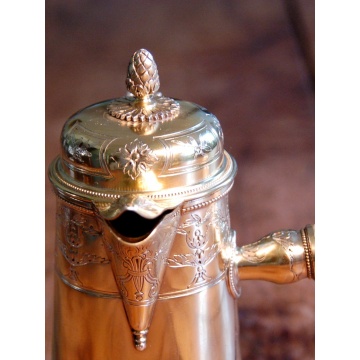 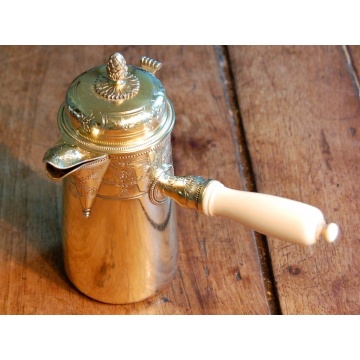 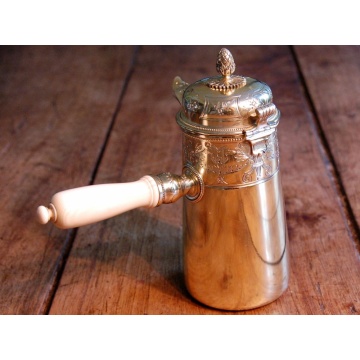 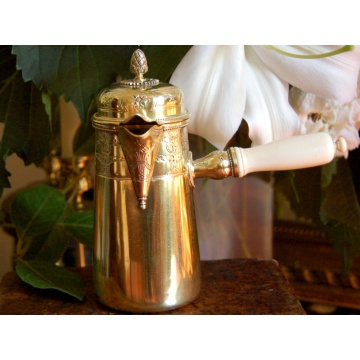 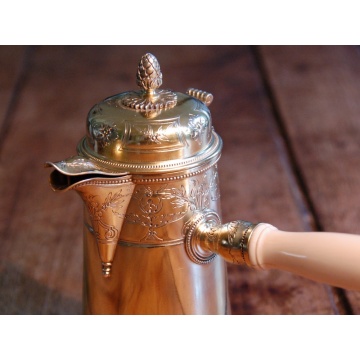 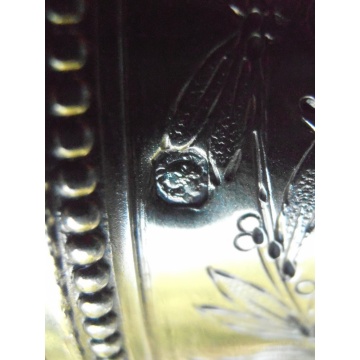 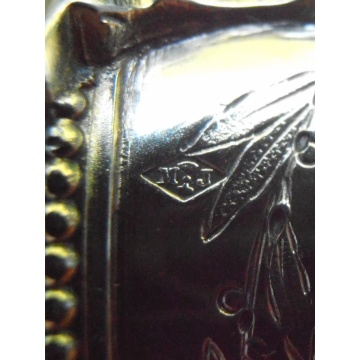 An exquisite Antique French Silver & Vermeil Chocolate Pot by Jules MONNEY in the refined Louis XVI style.
The is pot is close to being called an ‘Egoïste’ in French or Selfish as it holds roughly 2 Hot cocoas but no more! Hence the connotation of Selfish.

The work on this piece is delightful!
The Selfish Coffee pot is delicately decorated with floral scrolls on the upper register. The same floral scroll can be found on the rounded lid which also showcases a delcate pine cone shaped Finial that swivels to let the stirrer in.
The Duck Bill shaped spout also showcases a delicate palmetto motif.
A line of gold covered silver pearls adds to the refinement of the lid.
The same gold coated silver pearls line the edge of the Ivory handle which is removable.
The handle is in ivory with a beautiful patina.

The Chocolat pot is coated in 18 carat gold or Vermeil in French
A true work of Art!

The Makers Marks is for Jules MONNEY and shows his two initials surrounding a stemmed cup.
His mark was registered on October 31st 1884 and cancelled it on May 10th 1895.
He worked at 77 rue du Temple in Paris.