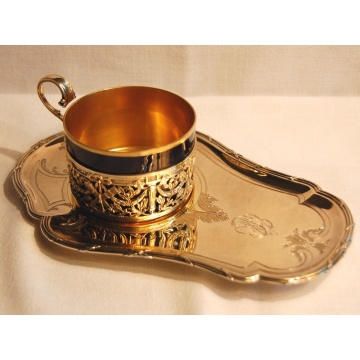 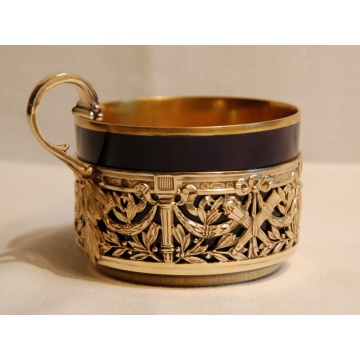 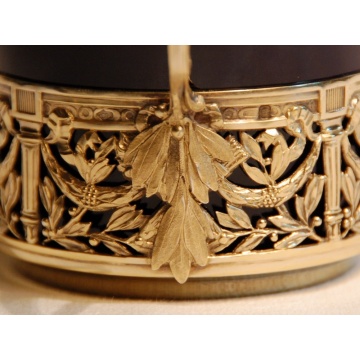 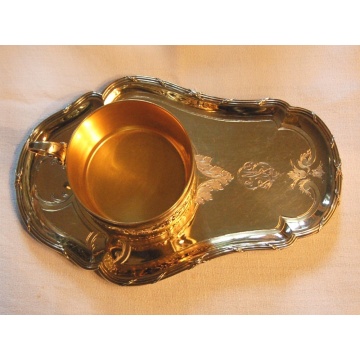 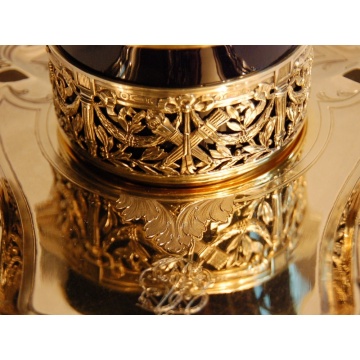 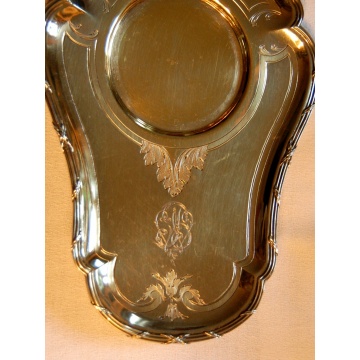 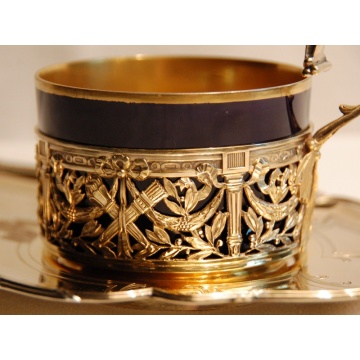 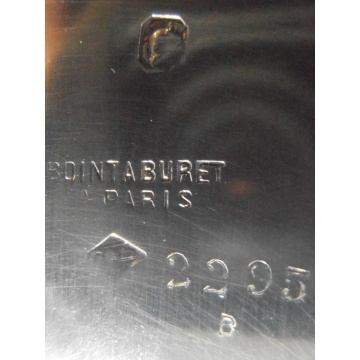 An exquisite Antique French Silver & Vermeil ‘Dejeuner’ set by Maîtres Orfèvres BOIN TABURET.
The charming piece is called a ‘Dejeuner’ or an individual breakfast set.
The cup which consists of a Gold (18 carat) coated silver holder and a cobalt and gold porcelain interior, rests on a solid silver platter which is also gilded.

The platter is lined with a ribbon bound wreath and sports lovely acanthus leaves etched into its front part in the ‘Amati’ technique. It rests on two little silver pearls.
It is meant to hold a spoon and a croissant or a sweet delicacy for breakfast.

The Cup is in carved silver in the Louis XVI style. It is decorated with arrow quiffs crossed with blazing torches, typical of the Louis XVI time and later the ‘Restauration’ era. Olive branches and laurel garlands complete the décor.
The work is just exquisite!
The handle of the cup represents an acanthus leaf curling upwards.
The Porcelain interior, which is removable, is absolutely intact (an incredible feat), cobalt on the outside and golden on the inside.

Absolutely no dents or scratches on the body and no wear to the gold coating! A perfect beauty!

The Makers Mark shows a G and a B. The mark is for ‘Maîtres Orfèvres’ Georges BOIN and Emile TABURET. After individual successful careers they joined forces and registered their joint mark 1873. They went on to win a gold medal for their beautiful pieces in 1889 during the Paris World Fair.
Their mark was cancelled in 1900.
They worked at 3 Rue Pasquier near the Madeleine Area of Paris.