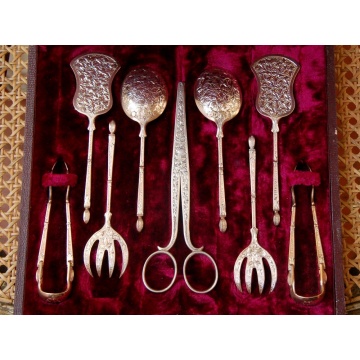 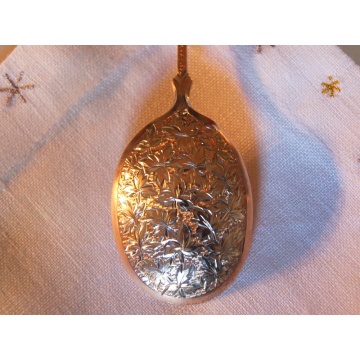 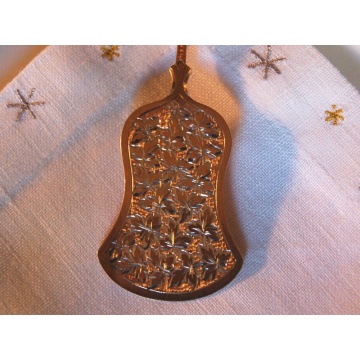 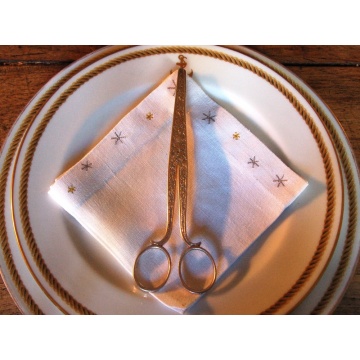 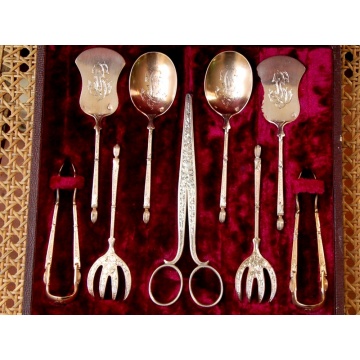 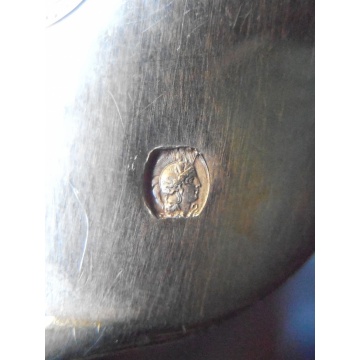 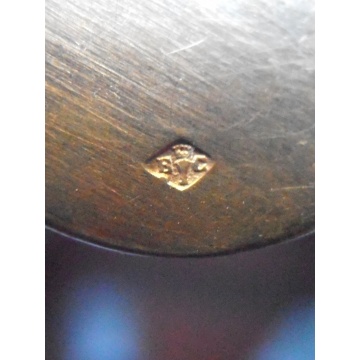 Exquisite Antique French Silver ‘Bonbons’ (Candy/Sweets) Service Set by François Auguste BOYER CALLOT
Though called a Bonbon Service Set, they were more considered as dessert service sets and could come with several different implements.
They became one of the gifts of preference for a wedding and were rarely composed of more then 4 pieces, hence the fact that the 9 pieces set we have here is really exceptional!
One could choose between different implements on offer ranging from several types of spoons to sugar tongs and pie or candy servers.

Our lovely set by BOYER CALLOT sports ‘Manche A La Russe’ or Russian style handles, which was rather rare on these pieces.The handles start by being square and end up with a rounded spike in the shape of a fruit. All sides are lightly carved.

The loveliest part is the work on the spoons bodies which are hand carved with Ivy leaves of an incredible delicacy on one side while sporting a LB Monogram on the other side.

All pieces are in great state! No marks or losses to the silver. All are lightly gilded. The work on them is just exquisite!
They come in their original display box.

The Makers Mark is for Francois Auguste BOYER CALLOT.
The Mark shows a C and a B surrounding a crown on top of a chalice.
The Mark was registered on September 13th 1865 a couple of days after Eusebe Callot cancelled his mark and gave over his practice.
Their shop was located at first at 42 Rue Des Francs Bourgeois in the Marais area of Paris, then 30 rue Sainte Croix de la Bretonnerie.
The company offered a large array of high end silver pieces and was active until the late 1800s.