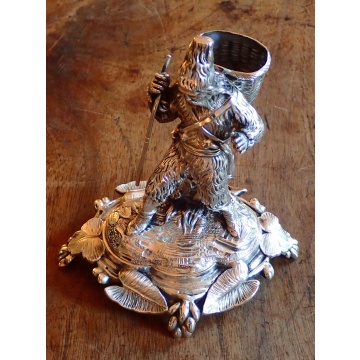 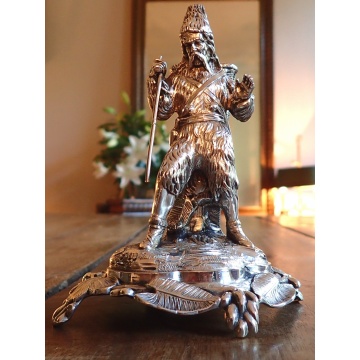 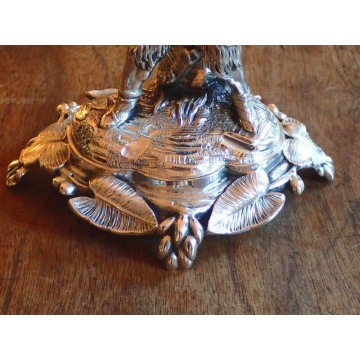 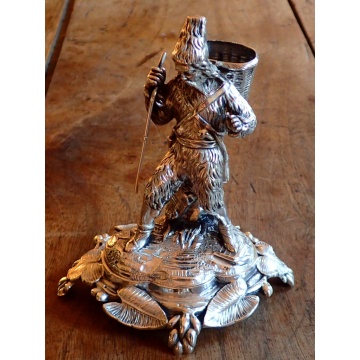 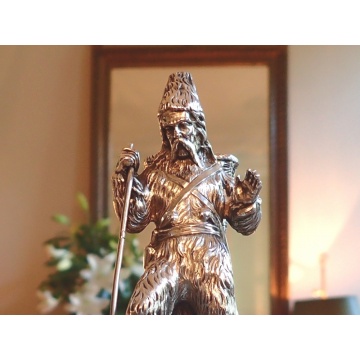 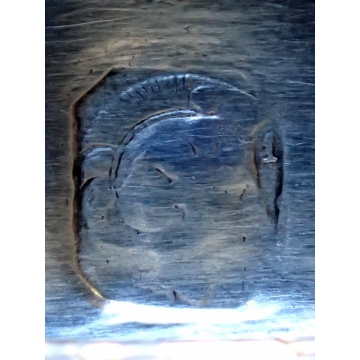 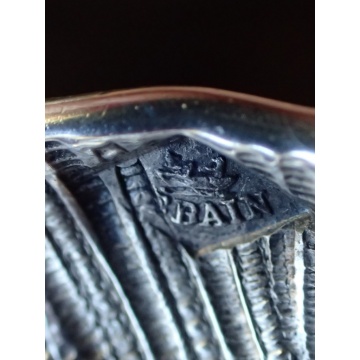 By one of the Masters of Figural Silver pieces this realistic looking Woodsmen is incredibly well carved!
Standing on a terrace decorated with leaves and rock formations, the three dimensional woodsmen is dressed in what could be called sheepskin and tied leggings, the perfect representation of the rugged woodsmen in the 19th century.

On his side lie the tools of his trade, a saw and an axe, while he carries on his back a wicker basket, which is to be used to hold the toothpicks!
The piece is in very good condition.

The Makers Mark is for François Alphonse DEBAIN and is his second Mark (The first one was registered in 1847) which he registered on July 19th 1851 and cancelled on May 27th 1864.
It shows his last name spelled out and topped by a rowboat with two men.
His workshop was located 140 Rue du Temple in Paris