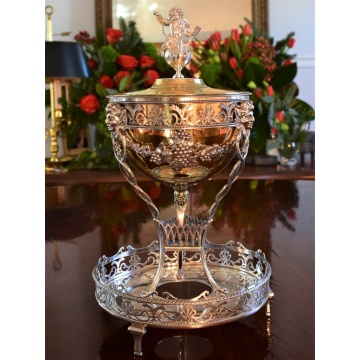 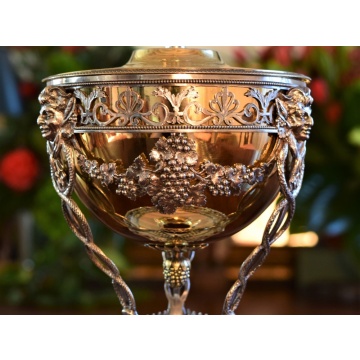 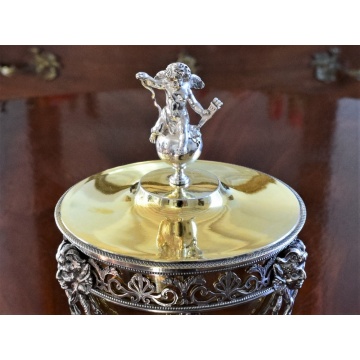 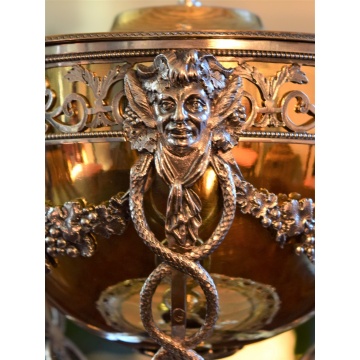 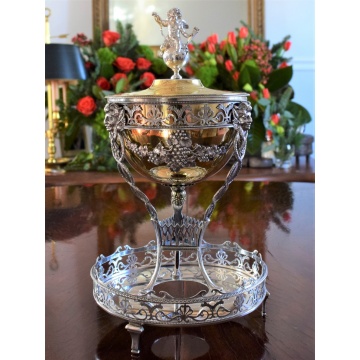 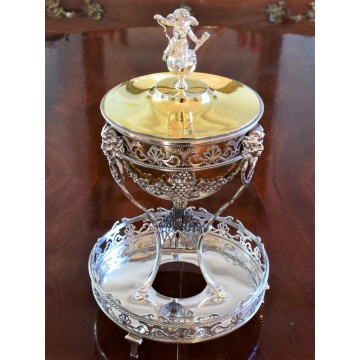 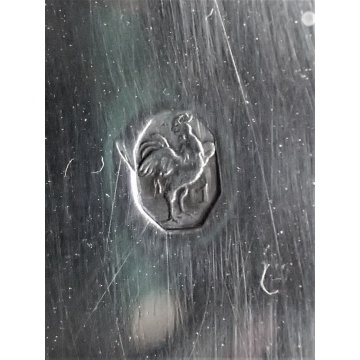 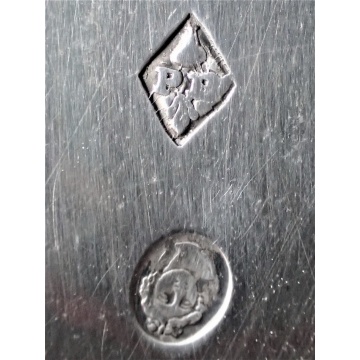 This Stunning piece is decorated in the Louis XVI Style.
The Drageoir features a vine garland with three heads of Pan the God of the Wild, Music and Shepherds, in Greek Mythology, surrounding the main part of the ‘Drageoir’. He is also the companion of the Nymphs and becomes in Roman Mythology affiliated with wine and mirth..
Pan’s head rest on Caduceus, which form the tripod support of the main vessel.

This gorgeous ‘Drageoirs’ feature a tripod shape ending in ram’s hooves and resting on a round pedestal with a lovely cut-out gallery surrounding it.

The lid is superb! It is the first time I see a Cupid completely detailed in ronde bosse as a finial.
He sits on a silver pearl which symbolizes the world and holds aloft his quiver containing his arrows and his bow.
The solid silver liner is removable and gilded ending in a beautifully chiseled wild berry.

The piece is just breathtaking!
No loses, no marks, just Gorgeous! An exceptional find, just beautiful!
The lid shows a monogram with CL surrounded by a ribbon tied flower garland….
A collectors piece!

The Makers Mark is for Maitre Orfèvre Pierre BOURGIGNON.
It shows his two initials with a small carafe above and a ‘fleuron’ or floret below.
His Mark was registered the first time on May 27th 1789, at the cusp of the French Revolution, then again in 1798 under the new system.