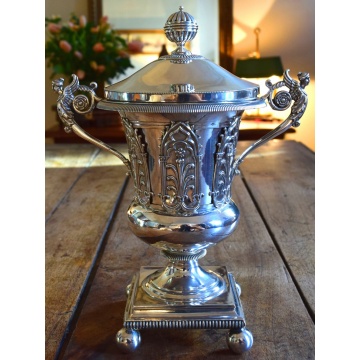 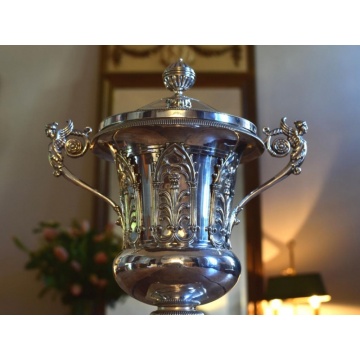 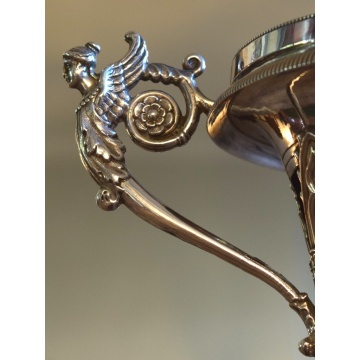 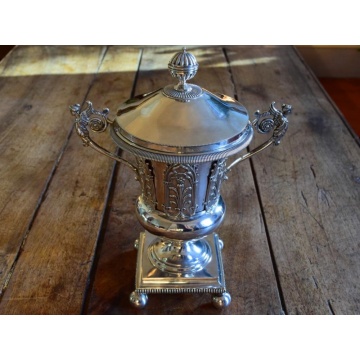 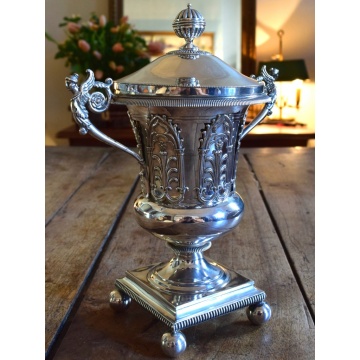 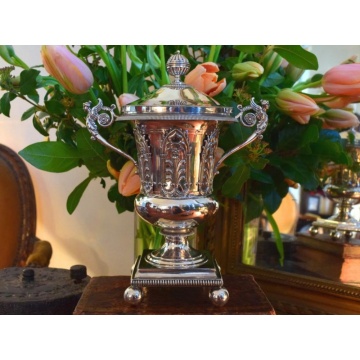 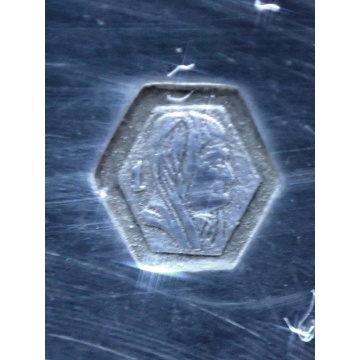 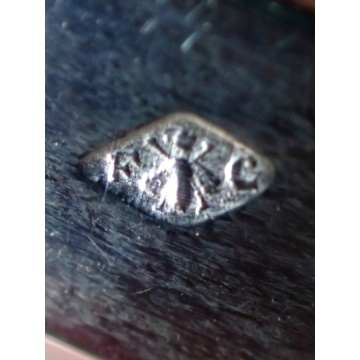 The body of this elegant Drageoir is Baluster shaped (or Medicis Vase Shaped) with six Figural ‘Tableaux’.
They all feature the same Gothic Style Church Window with a single rose decorating the center.
The typical design of the window follows the ‘Cyborium’ form of a vaulted canopy
The lid of the Drageoir is topped by gadrooned round knob.
The two silver handles are quite beautiful featuring winged victories and silver rosettes.
The pedestal rests on 4 silver pearls.

The bowl’s insert is slid silver lined with 18 carat gold inside.
We are also adding a beautiful Silver Spoon dating back to the 1820s which weighs 1.10 oz.

The Hallmark is ‘Tête de Vieille Femme’ or Head of an Old Woman which was used in Lyon between the years 1819 and 1838 -1st title (950/1000) Lyon.
It also shows the Lyon guarantee for the same years with the head of a man facing left.

He was simply one of the Main Master Silversmiths in France specializing in Religious items such as chalices and ciborias.
He founded the Calliat Lyonnaise Dynasty of Silversmiths which became particularly for their gorgeous Sacred Art pieces.
His descendants were as famous as he was. His daughter and stepson followed in his footsteps and his grandson went on to work in silver until the 1930s.
All in all they created some of the most precious pieces of Religious Art in France.