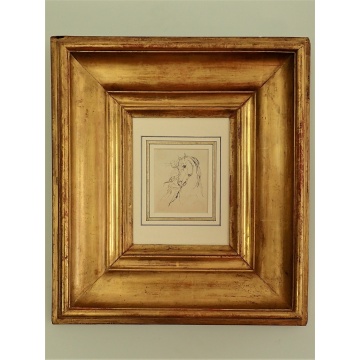 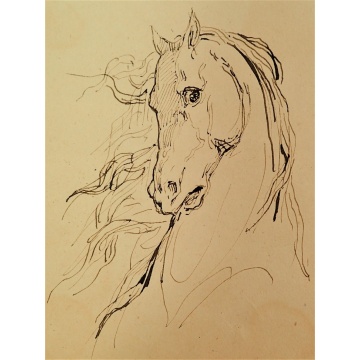 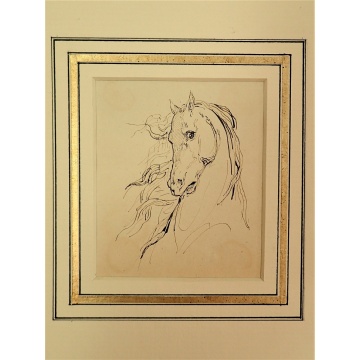 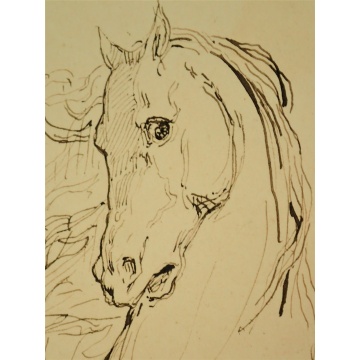 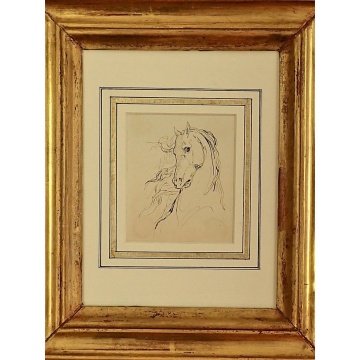 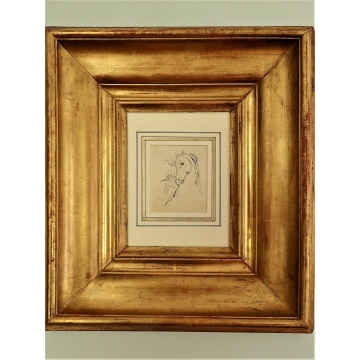 Gorgeous Ink Drawing of a Horse’s Head by Léon Cogniet

This beautiful study, done in black ink is striking!
The Animal rears his head moving his flowing mane at the same time.
The eyes are slightly wild and they make you think of a horse in battle, startled by the noise or the movement.

The Study is gorgeous!

This drawing was part of several studies done by Leon COGNIET on this subject.