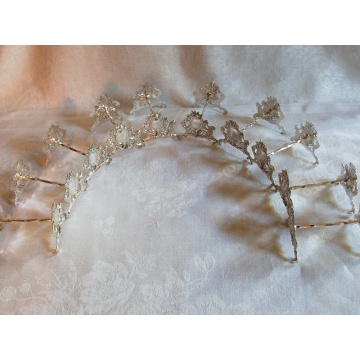 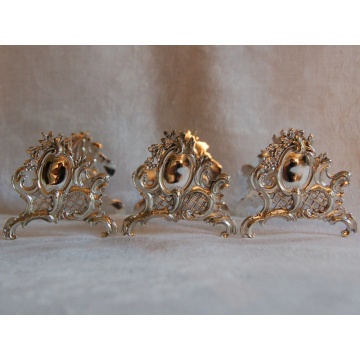 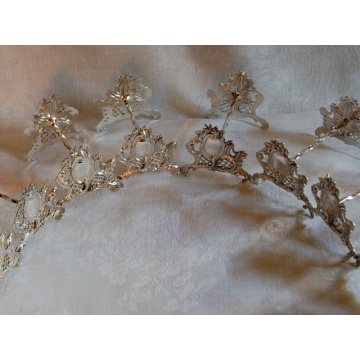 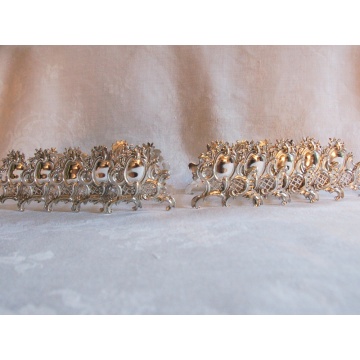 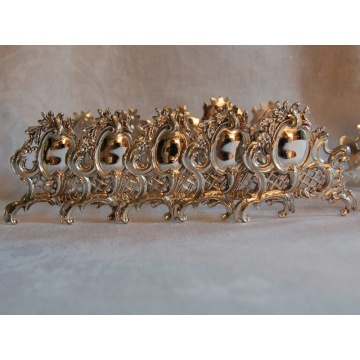 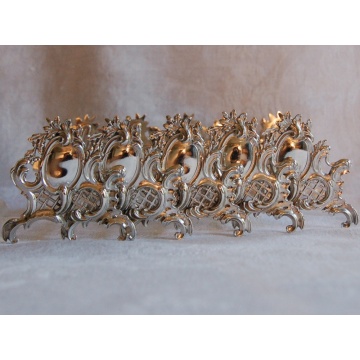 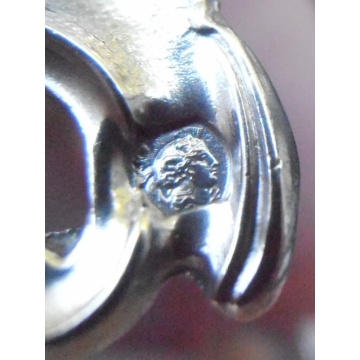 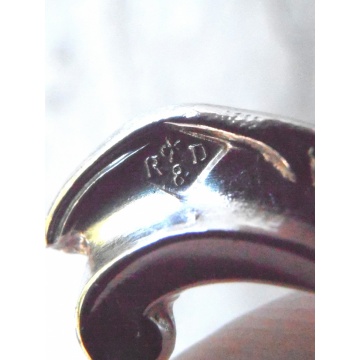 This gorgeous knife holder set in the Rocaille Style, showcase beautiful detailed cut-outs, giving each piece lightness and delicacy.
Each knife holder features a shell shaped medallion that is just waiting for your initials!
The Silver rod linking both ends is square and lightly twisted to give it a more delicate aspect, while the inside of both ends are decorated with a flower design.

The knife holders became more popular towards the early part of the 19th Century, the symbol of a table perfectly set up.
Our Knife Holders are perfectly balanced, very elegant and in perfect shape, losses or dents.
A true rare find as most of the Knife Holders on the market today are plated silver.

The Makers Mark is for ‘Maîtres Orfèvres’ RAVINET DENFERT and shows the 2 initials separated by a clover leave and the ‘&’ sign underneath.
Louis RAVINET and Charles DENFERT had their marks registered in 1891 in Paris.

The original company founded in 1845 by E. Tonnelier was acquired in 1882 by Louis Ravinet . In 1891, Charles d’Enfert entered into a partnership with Louis Ravinet and the company took the denomination of Ravinet d’Enfert.
Ravinet d’Enfert was located in Paris for more than a century at the Hotel de Caumartin, 83 rue du Temple in the « Marais ».
The company was specialized in production of silver forks and spoons and silverware in general. The company participated on a regular basis in exhibitions and received high rewards: gold medals at the Lyon Universal Exhibition in 1894 and Brussels in 1897.