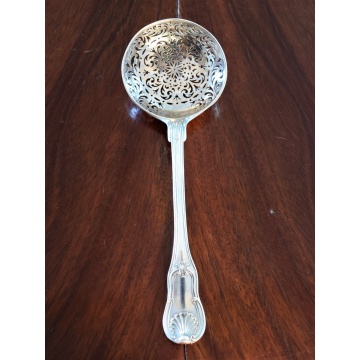 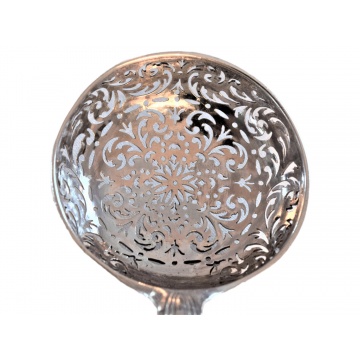 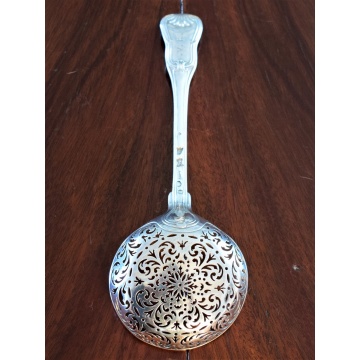 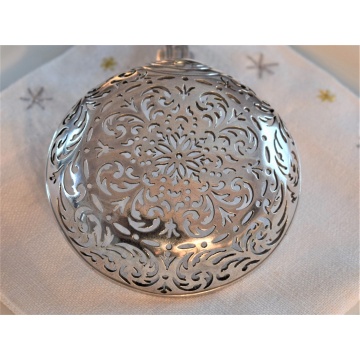 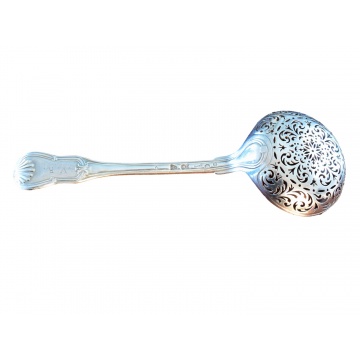 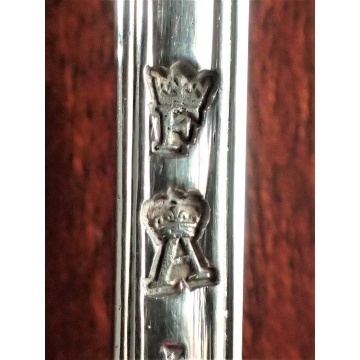 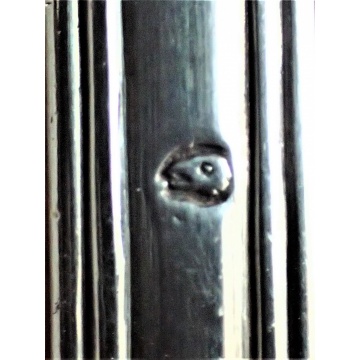 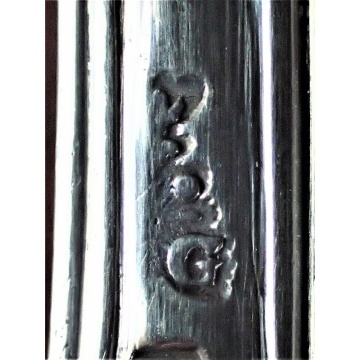 The bowl of the spoon is in beautiful ‘repercé’ motif showing a design that is found in Paris.
The design was registered as number 3 of the 6 models allowed in Paris.
The Center of the Spoon shows a lovely Marguerite & Tulips ‘repercé’, while the border is decorated with a frieze with scrolls and leaves, pierced and engraved.
The middle register is pieced with palmettos, cornflowers and acanthus.

The end of the handle is beautifully decorated with a seashell design on both sides.
Eloy Guérin is listed as one of the Main Spoon Makers in Bilgi Kenber and Francois Hourdequin’ great book Les Cuillers à Sucre dans l’Orfèvrerie Française du XVIII siècle, page 126.
The work is extremely refined and the piece is in excellent condition.
Lovely to use to sprinkle sugar over fresh strawberries per example!
The width given above is that of the spoon’s bowl.
The hallmarks are those used under the Fermiers Généraux system.

Visible on photo number 6 you have the Poincon De La Marque for the Charge of the Spoon in the shape of a Crowned A used starting October 1744 by Fermier General Antoine Leschaudel, while above it still on phot #6 you have the Poincon de Jurande, a crowned F which was used starting November 28th 1746.
Finally photo number 7 you have the discharge Mark used under Antoine Leschaudel starting October 1744.
In essence the object would have been finished in 1744 and all taxes paid on it no later then 1746.

The Makers Mark, which is shown on photo number 8, is for Eloy Guérin who registered his first Mark on May 20th 1727, and cancelled it on July 12th 1760. He famously apprenticed one Spoon Maker who would become one of the best in Paris Pierre Nicolas SOMME.
His Mark shows an E and a G with a Sun in the middle, which is topped by a crowned Fleur de Lys.