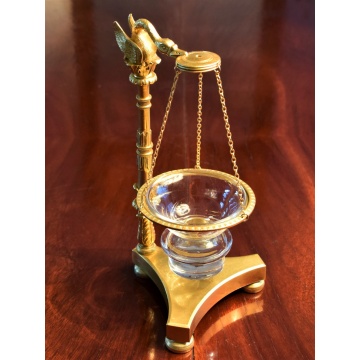 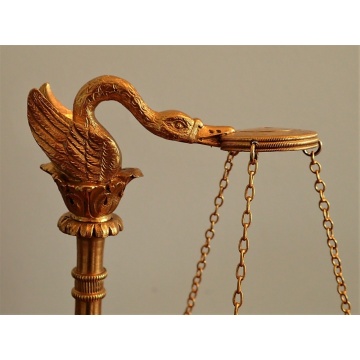 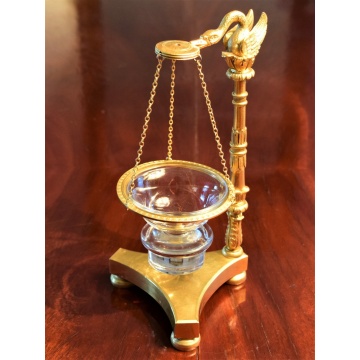 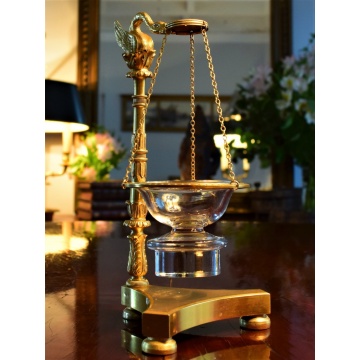 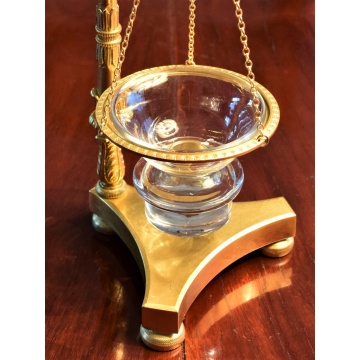 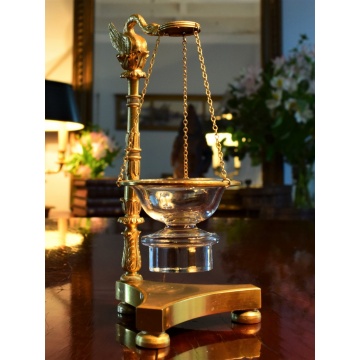 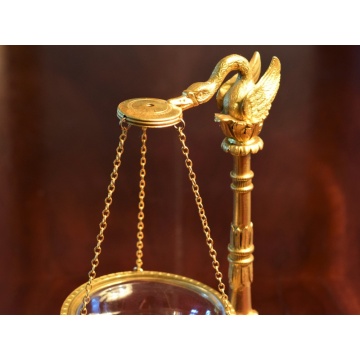 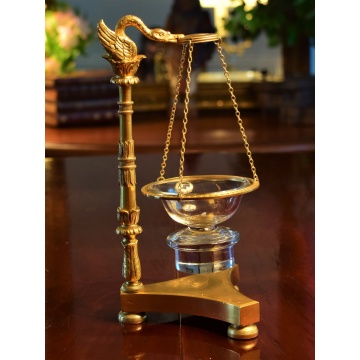 Delicate and refined, this charming object embodies the simplicity and elegance of the Empire style, which continued through the early restoration period.
This lovely object shows a swan extending its neck holding a disc from which hangs the night lamp.
The gilt bronze chains support a circle of ormolu on which are chiseled delicate palmettos.
The Swans stands on a next of acanthus leaves on top of a delicate column decorated with ‘feuilles d’eau’ or water leaves as well as acanthus sprigs.
The tripod base rests on 3 rounds of gilt bronze which show a delicate guilloché work.

The swan, an ancient allegory of Apollo in antiquity, seems to reappear in the ornament, thanks to the infatuation it aroused in the parks under the Consulate. The curvature of its neck becomes the image of sensuality, relaying the windings of the snake or the dolphin, dear to the 18th century.
The Swan is a graceful bird attributed to Apollo, as it is said that at the birth of the solar god, the swans made a round seven times around Delos, celebrating his birth. In memory of this song, Apollo gave seven strings to the lyra. These are the same birds that accompanied the god during his return to Hyperborea. Zeus, his celestial father would also offer him a chariot harnessed with swans.

The crystal cup is weighed for stability…
A truly charming object!