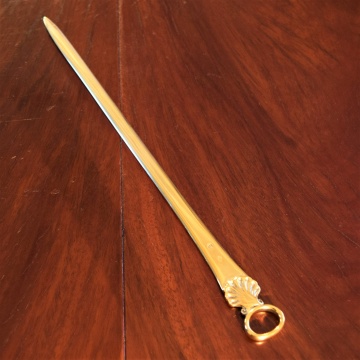 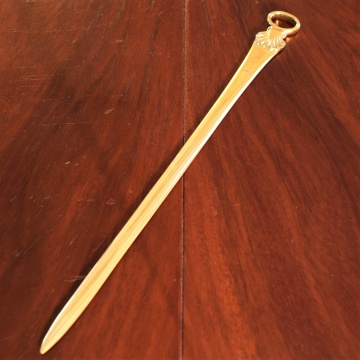 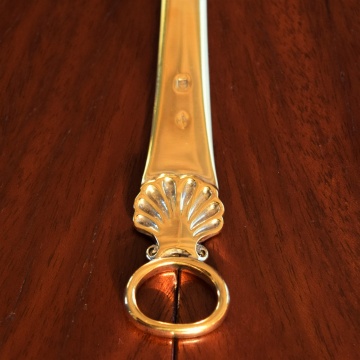 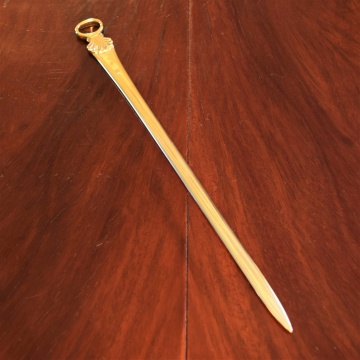 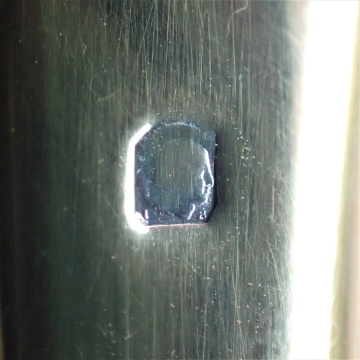 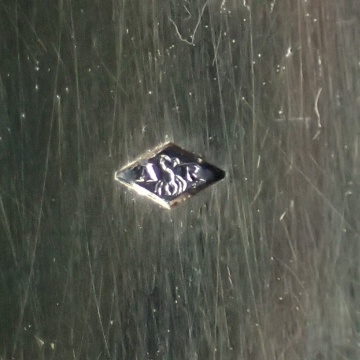 Measuring an impressive 10.62 inches long, this rare piece is in heavy silver with a beautiful 24 carat gold wash. The end is defined by a beautiful shell clip.
The piece is in perfect condition.

The Maker is Alexandre Reza who’s ancestor’s were from Samarkand opened his namesake jewelry store on the famed Place Vendome in 1981.

The Makers Mark is for ‘Maitre Orfèvre’ Alexandre Reza and It shows his two initials separated by a scorpion. He was considered one of France’s main jewelers in the second part of the 20th century.
33 Place Vendome, Paris