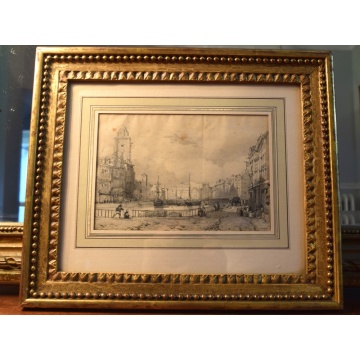 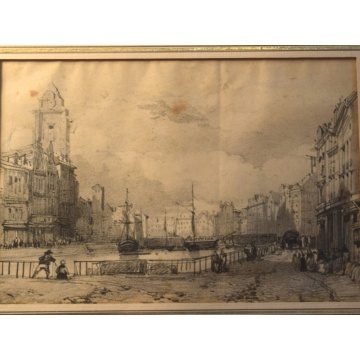 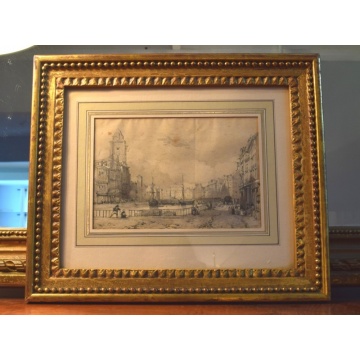 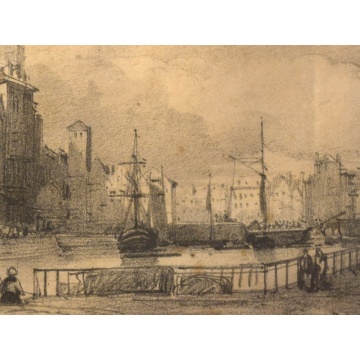 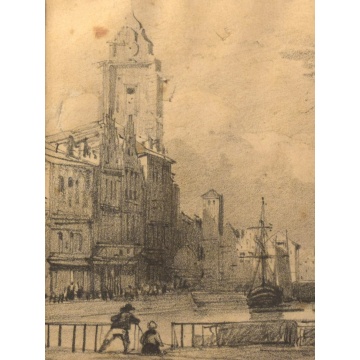 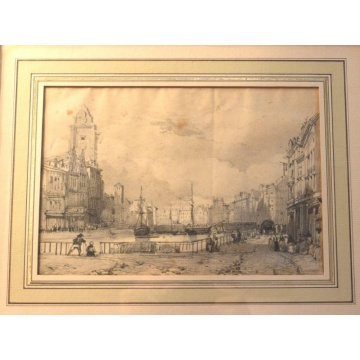 Lively XIX Century French School Pencil Study of a City Harbor
We love the perspective used in this charming rendition of what is probably part of The Antwerpen Harbor in the 18th Century.

Probably inspired by an earlier painting of a Harbor Basin in that city, it depicts passersby watching three sailboats at quay. In the backdrop can be seen two churches steeples as well as on the left hand side the gabled upper areas of two houses.
A cart pulls up merchandises to be loaded while the sky seems to rather stormy.

The pencil drawing is well executed with a good sense of proportions and light.

It was acquired at the HDV Berard–Peron-Schintgen in Lyon in 2017 under the # 37
The frame is in very good shape lightly gilded and typical of the late 19th century early 20th.
The drawing has some age marks.