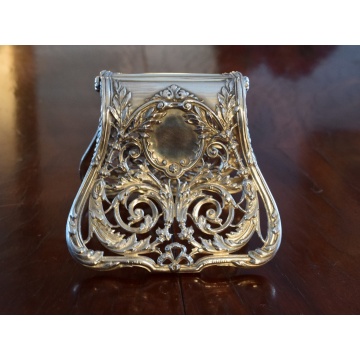 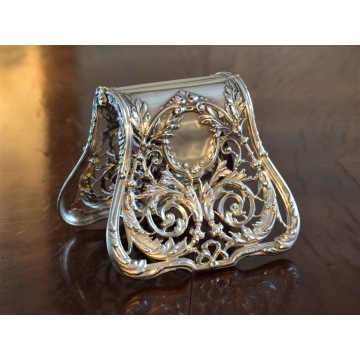 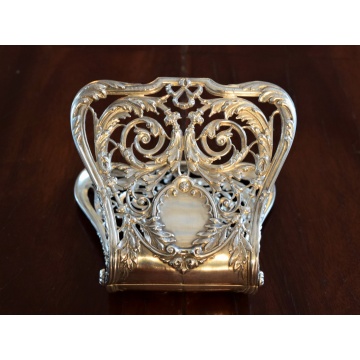 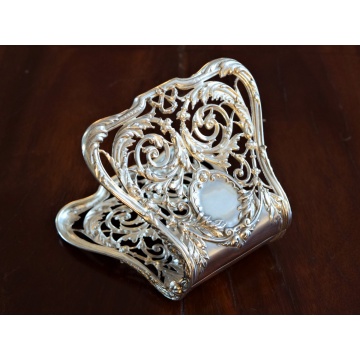 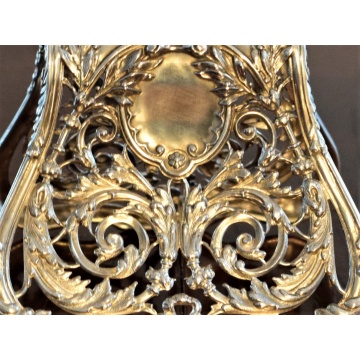 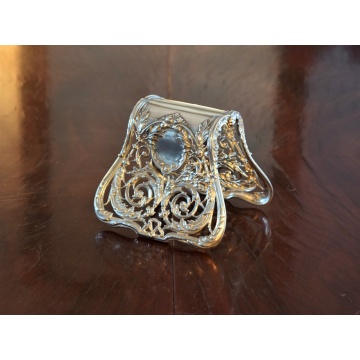 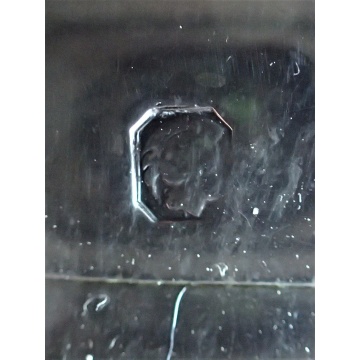 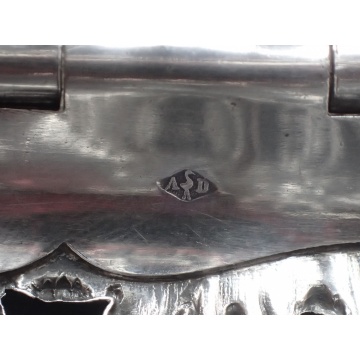 The tongs have a beautiful ‘cutaway’ detail with floral and foliage scrolls decorating its side. The center holds a medallion that only waits for your initials!
It is a ‘Main Pince’ or Silver Asparagus Tongs that was created by the Maitre Orfèvre Alphonse DEBAIN in Paris – He became quite known and specialized in this model (the Main pince) which was actually discussed in the official publications of the Exposition Universelle De Paris in 1889. We actually found a picture of the advertisement! His work on Art Nouveau pieces is quite exquisite and you will see quite a few of his pieces in our collection.

It fits perfectly in the hand and is in exquisite condition with the spring located in the hinged joint still working perfectly.
Though it is meant to serve Asparagus it may also be used as a bread or pastry server.

The Makers Mark is for Alphonse DEBAIN. Alphonse DEBAIN was the son of Alphonse Edouard DEBAIN and his Mark was registered on March 19th 1883 – It was canceled (biffé) on March 8th 1911