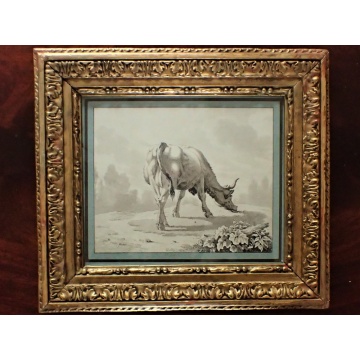 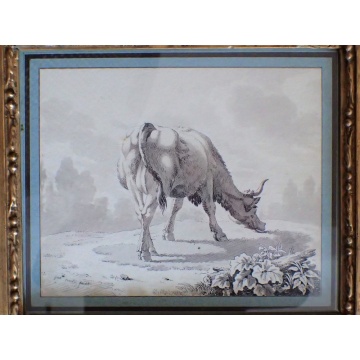 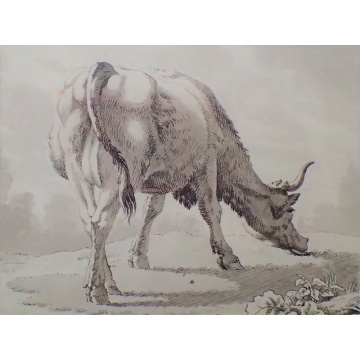 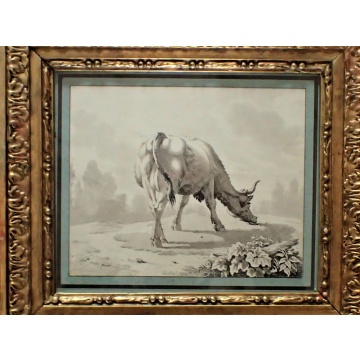 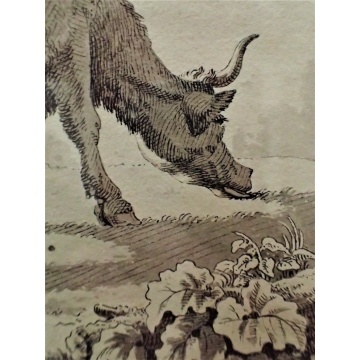 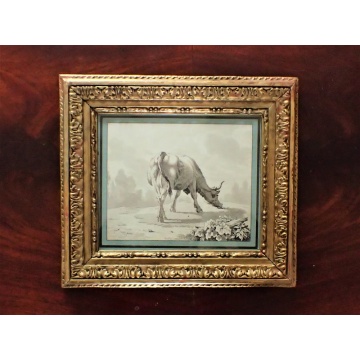 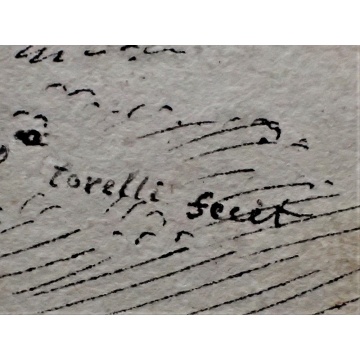 Lovely 17th Century Ink Drawing Of A Cow by Torelli

Lovely 17th Century Ink Drawing Of A Cow by TORELLI.

The charming drawing is done in black and brown ink in an exquisite rendering…
The feather like strokes of ink are perfectly applied to line and highlight the scenery as well as the animal itself in a life like appearance.
The Drawing is signed Torelli Fecit on the left-hand side as shown on photo #7.

Felice TORELLI was born in September 1667 in Verona in an artistic family, the brother of a noted composer and violinist Guiseppe Torelli.
Torelli was apprenticed by Giovanni Gioseffo DAL SOLE in Bologna, after first taking classes from Santi PRUNATI in Verona.
He became a noted member of the Baroque movement, and though he was born in Verona was always referred to as a painter of the Bolognese school.
In 1709 Pope Clement the 11th, who considered as a major patron of the arts, determined to incorporate the Academia Clementina for the Fine Arts, and selected 14 painters of which Felice TORELLI to help run the School, and put them in charge of selecting other painters to contribute to spreading Fine Arts in the Region.
Torelli specialized in church frescoes and some of his best work features in the Ferrara Cathedral.
He also left several masterpieces in many churches found in Rome, Torino and Milan.
He was also crucial in spreading the Catholic faith and work closely with the church.

Interestingly enough Torelli’s wife, Lucia Casalini (1677-1762) whom he met during his time at Dal Sole’s school, was also a painter. They had a son, Stefano Torelli who followed in their footsteps and went on to work in Venice, Dresden and Lubeck before settling in St Petersburg.
In turn Stefano’s son, Antonio, also became a painter, continuing the family tradition.
Felice Torelli passed away in June 1748 in Bologna.
Torelli preparatory works were nearly always done in ink and included very little lead pencil strokes.
This piece is solely done in ink.