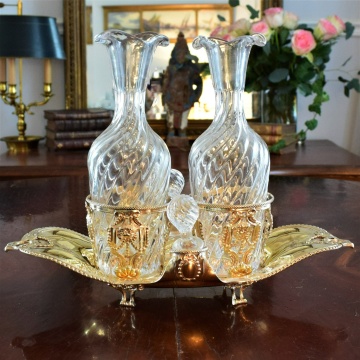 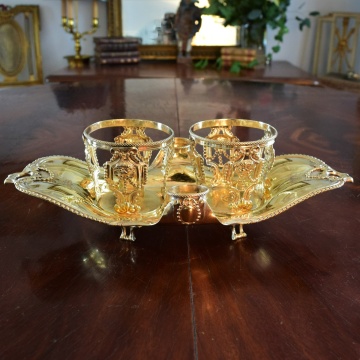 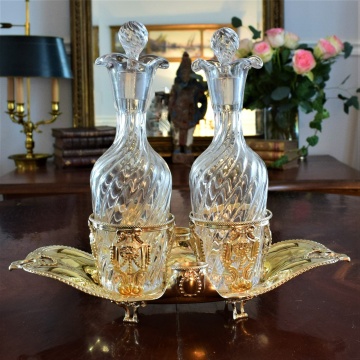 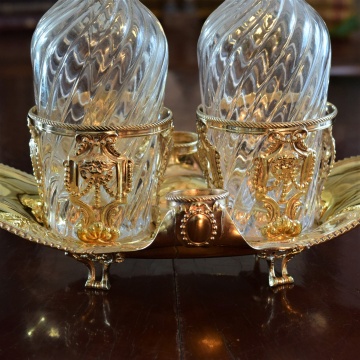 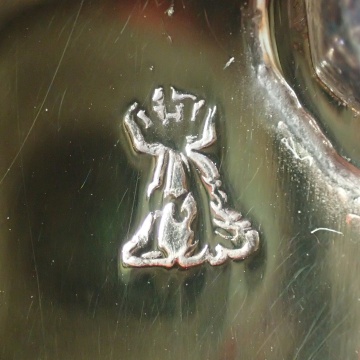 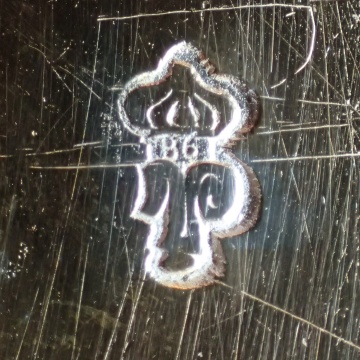 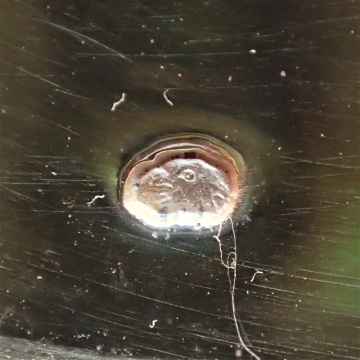 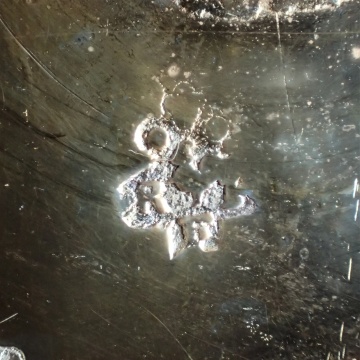 This lovely piece stands on four openwork silver feet with beaded borders.
The flasks or cruets holders, also show openwork with lion’s heads and a garland of pearls.
The set is engraved on the body with a count’s crown.
The Set comes with two glass cruets and their matching stoppers.

The Hallmarks are Poinçon Aux Fermiers Généraux and bsolutely complete and stunning:
Photo # 5 we have the Poincon de la Marque or Poincon de Charge with Crowned A for Paris –used from August 31st 1782 under under Fermier Général (Tax collector if you will..) Henri Clavel, until February 22nd 1789.

Photo # 7:
We also have the Discharge mark of an Eagle’s head which puts the end of the work before February 22nd, 1789.

Photo # 8:
The Makers Mark is that of René-Pierre Ferrier
It shows his initials surrounding a Rooster and a Crowned Fleur de Lys.
Ferrier registered his mark on September 13th 1775 and worked until the Terror seems to have caught up to him.