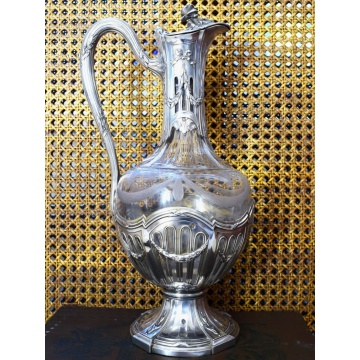 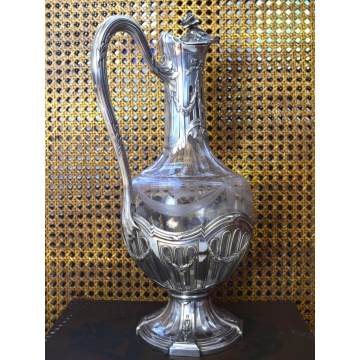 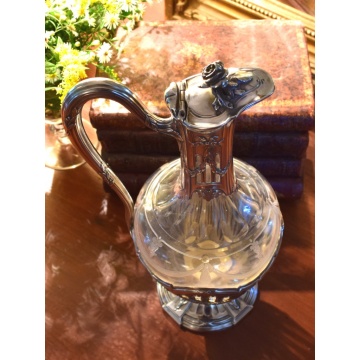 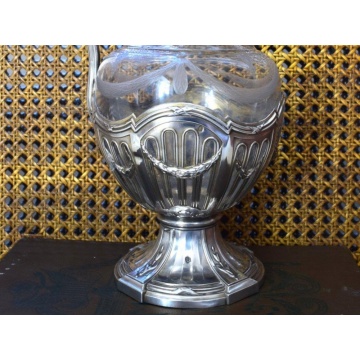 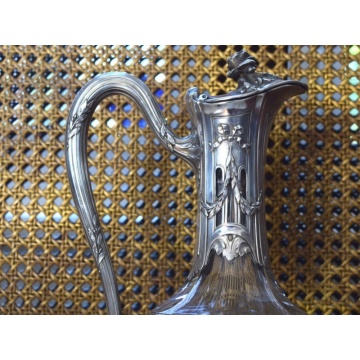 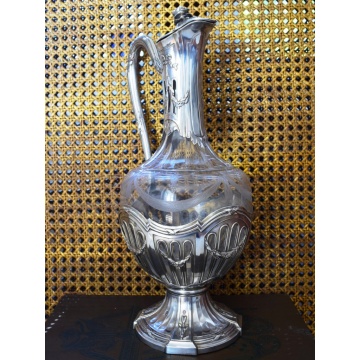 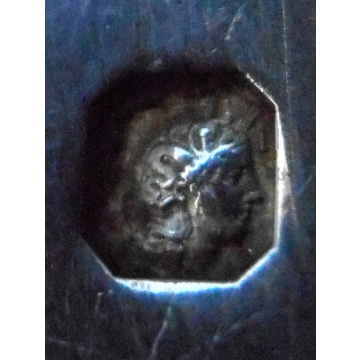 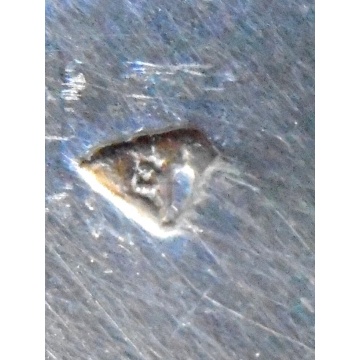 In French we call them ‘Aiguière’ and this one is particularly elegant.
It is distinguished by its fine workmanship, elegant form, harmonious proportions and its lovely decoration.

The ornate base showcases geometrical designs as well as ribbon laced reeds and tulip chutes while the lower part of the crystal vessel is completely covered by a beautifully cut out silver frame which is decorated with laurel leaf garlands.

The crystal itself is wheel cut in its upper part while the center of the body is engraved with a laurel garland.

The collar is beautifully circled by a silver floral décor with acanthus leaves chutes and silver ribbons holding up laurel garlands.
The handle is beautifully worked with laurel leaf scrolls and the lid is topped by a blooming rose.

A beautiful piece, typical of the Claret ‘Aiguieres’ that became so popular in the mid to late 1800s
No losses to the crystal. A few marks on the body due to usage.