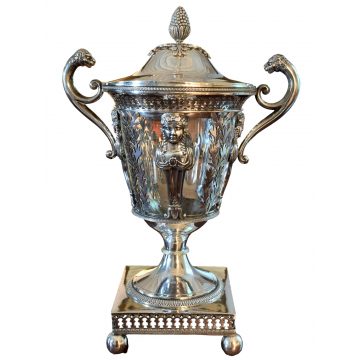 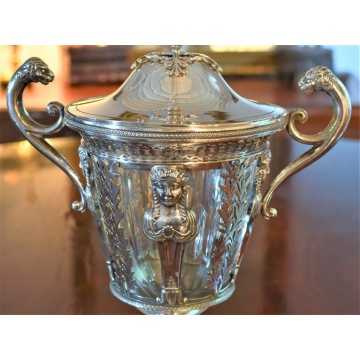 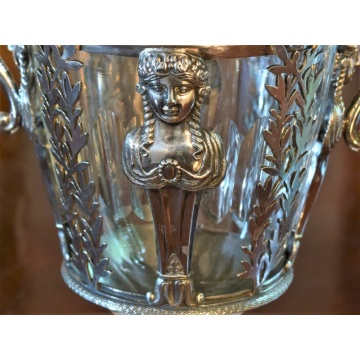 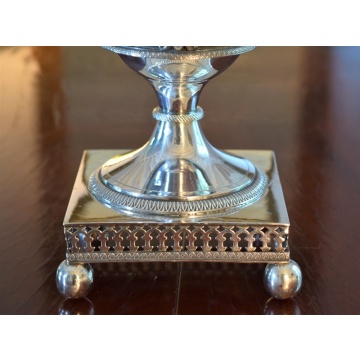 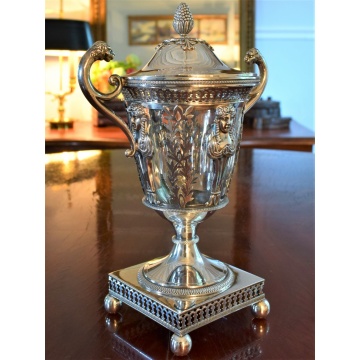 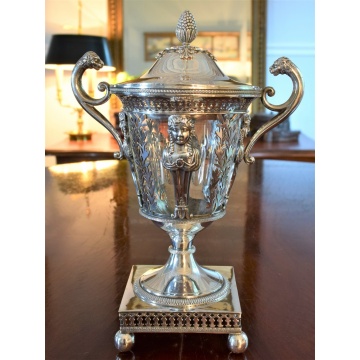 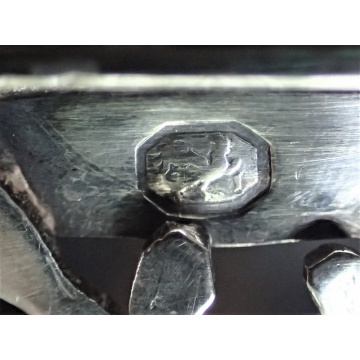 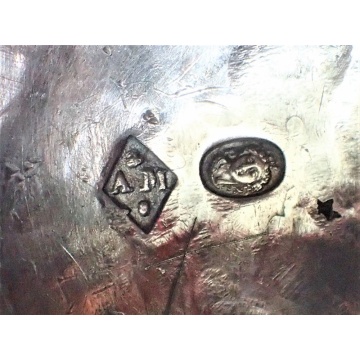 The body of this gorgeous Drageoir is Baluster shaped (or Medicis Vase Shaped) with four Figural ‘Tableaux’ showcasing Caryatides draped in classical togas.

Each register is separated from the next by a two olive branches.
The upper register of the ‘Drageoir’ is beautifully lined with a geometric fringe while the upper border shows a silver pearl border.

The pedestal is square resting on four round pearls of silver and decorated with stylized palmettos, with the lowest register shows delicately carved leaves.
The round central part of the pedestal is decorated by a laurel wreath.
The ‘Frétel’ (or finial) shows an acorn resting on a crown of stylized scrolls.

The bowl insert is white crystal it is original, and in perfect shape, no dents or marks, its lower part is etched with a star.
The piece is lovely!

A wonderful detail for the collectors: The piece is marked with what is known as a ‘Head of Greek Women’ with the letter P on the left hand side…
This is a hallmark that was used during the Revolution between 1793 and 1794 in Paris.