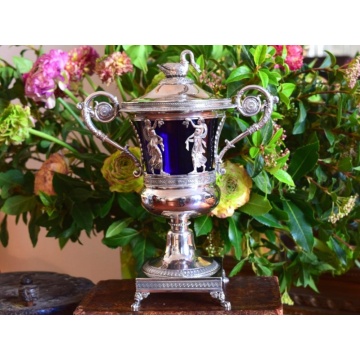 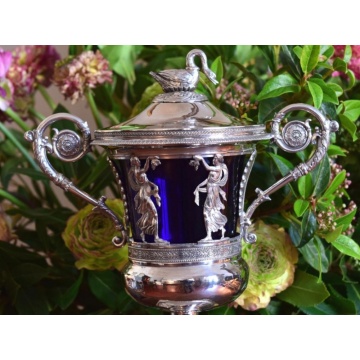 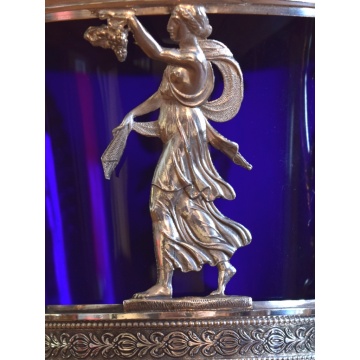 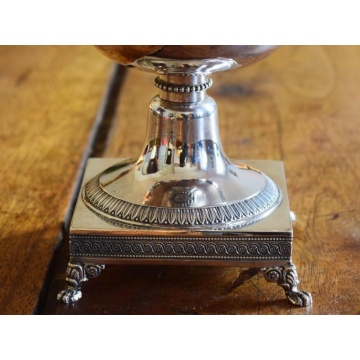 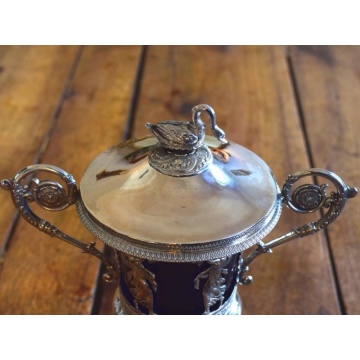 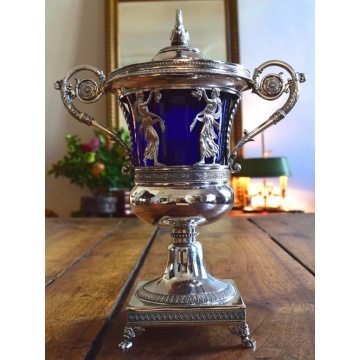 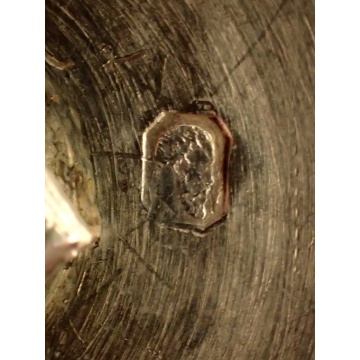 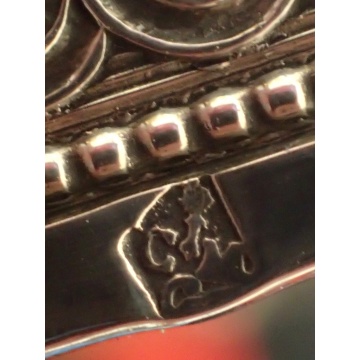 The theme of this Drageoir is based on a dancing and feasting allegory.

The body is Baluster shaped (or Medicis Vase Shaped) with large Palm fronds decorating it on two sides, while the two main Figural ‘Tableaux’ represent a couple of delicately carved dancers dressed in the Antique Greek style with flowing ‘Togas’, holding grape bunches in their hands.
The draping of their ‘Togas’ are just beautifully rendered!
The Handles are decorated with acanthus leaves and large rosettes and are particularly beautiful.
The lower fringe of the piece shows a floral garland.
The pedestal is square, resting on four winged lions paws, and carved with a geometrical wreath.
The ‘Frétel’ (or finial) is exquisite in the form of a Swan resting on a nest of acanthus leaves.

The bowl insert is cobalt blue glass and in perfect shape, no dents or marks.

The Makers Mark is that of CM (His first initials which are believed to stand for Charles Marie) GRANGER and shows his three initials.
Granger specialized in larger decorational pieces, called in French ‘Pieces De Forme’. His mark was registered in 1810. His offices were first located at 16 Rue Harlay Du Palais in what is today the Marais area of Paris. He then moved, in 1814, to 34 Quai des Orfèvres.