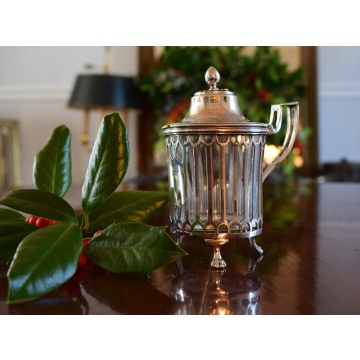 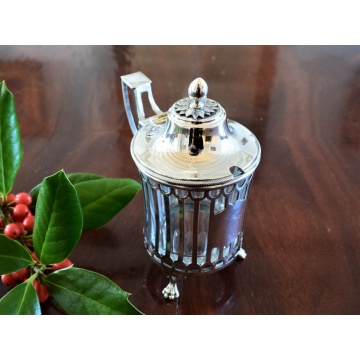 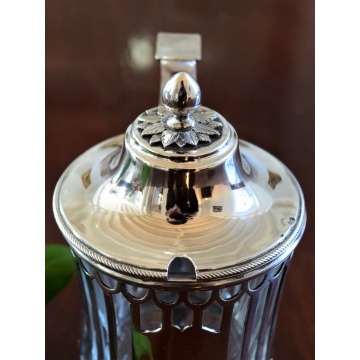 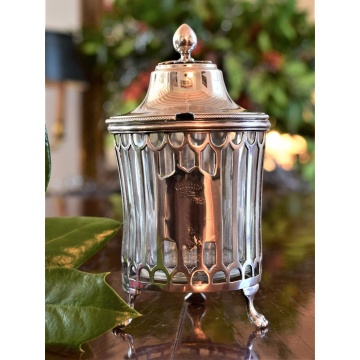 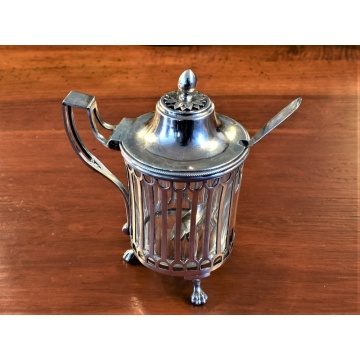 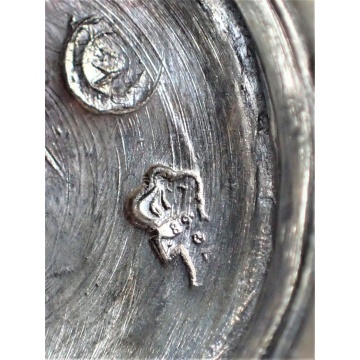 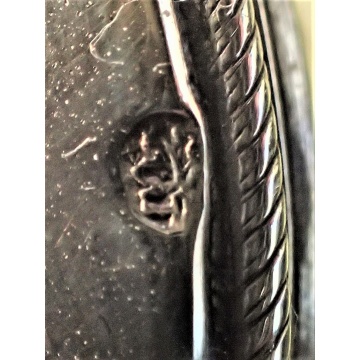 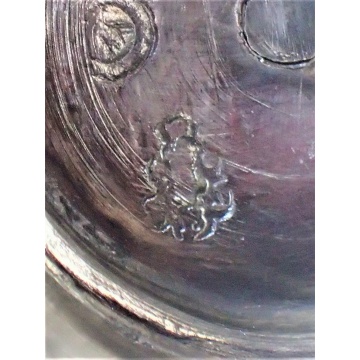 The silver handle is typical of the Empire style designs which were just about to start.
Simply done with an Antique Silver main body showcasing ‘arcatures’ or arches topped by half circles with handles done in the same design, this 18th century piece looks modern in its simplicity!

The 3 feet represent lions’ claws while the lid is slightly dome conical and topped by a silver pearl resting on a wreath of Acanthus leaves.
The clear crystal insert is in perfect condition no chips or scratches, but though it fits the piece well, it may have been added at a later time. The silver gallery is in perfect condition.
We are adding a small mustard spoon that came with but is not in French silver.

The piece is beautifully marked!
It was created under Fermier General (the tax collector or Tax Farmer General, in France) Jean François KALENDRIN who took the position on February 23rd from Henri Clavel and held it until the French Revolution broke.
We have his Poinçon de Jurande Mark for Paris created on September 11th 1789, which would be the last mark under the old regime.
He was the last of the Farmers Generals…
We also have his Charge Mark in the shape of an A with a crossed circle around it and shown on photo # 6 and his ‘Discharge mark ‘ in the shape of a leaf on Photo # 7.
Crossing all references, we can indicate that the Sugar Casket was sold just at the cusp of the French Revolution.

The Makers Mark is for ‘Maitre Orfèvre’ Jean Joseph BEAUDET, which shows his initials topped by a crown and a ‘Fleur de Lys’ as well as a rooster.
He registered his mark on July 20th 1780 in Paris.