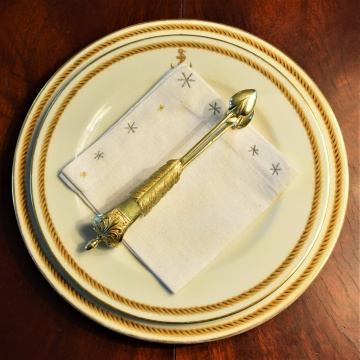 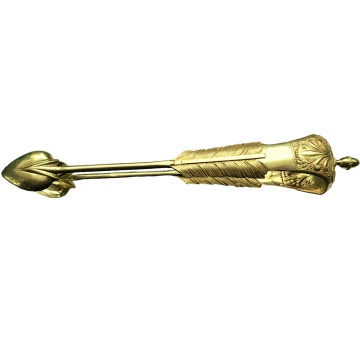 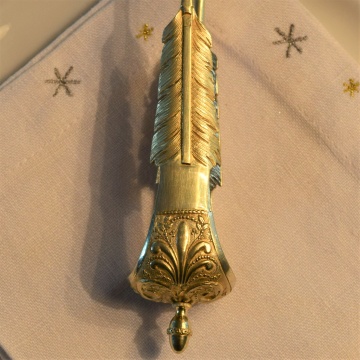 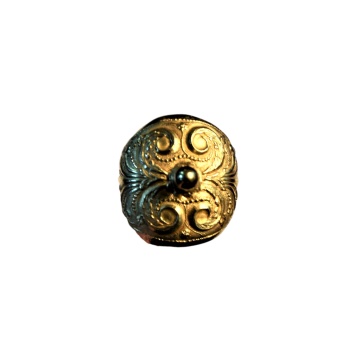 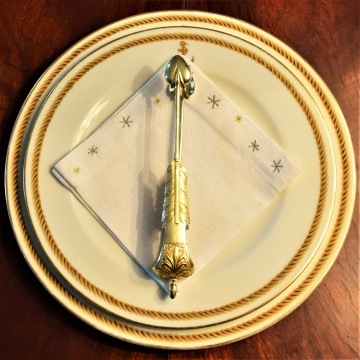 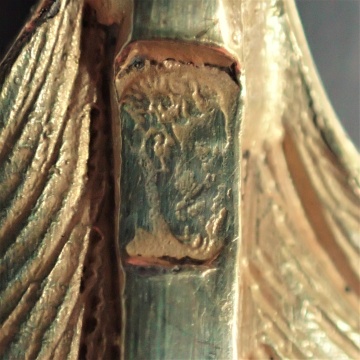 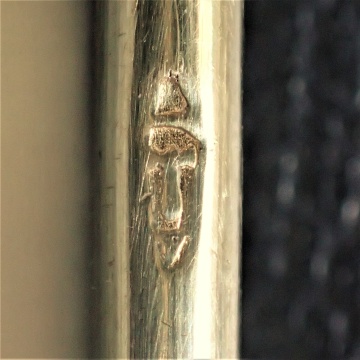 A very lovely implement decorated with symbols often used in the French Restoration Period running from 1814 to 1830.
This was the period of French history following the first fall of Napoleon on 3 May 1814 to the July Revolution of 26 July 1830, (Period that was interrupted by the Hundred Days War from 20 March 1815 to 8 July 1815) during which the House of Bourbon was returned to the French monarchy
The Arms of the tongs are decorated with beautifully chiseled feathers, while the upper part is chased with palmettos and pearl garlands.
The quality of the original Vermeil is wonderful and still retains all its luster.

The Makers Mark is for ‘Maître Orfèvre’ Jean Baptiste Vast HARLEUX and shows his initials (JVH) separated by a hammer with a half circle above.
His mark was registered on February 18th 1823 and canceled it on August 17th 1834.
His workshop was located 15 rue du Grand Hurleur in Paris.