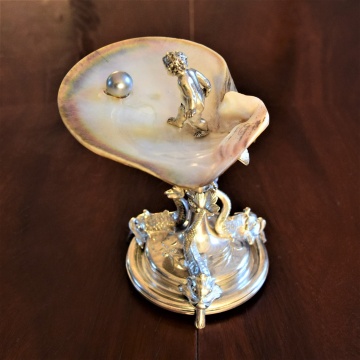 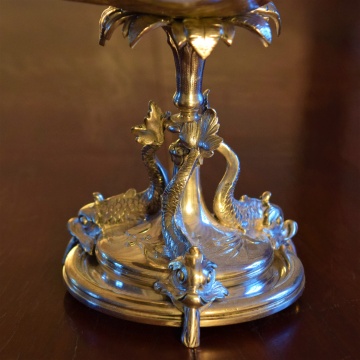 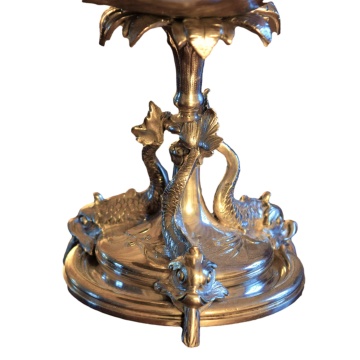 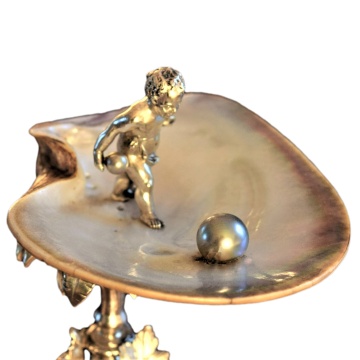 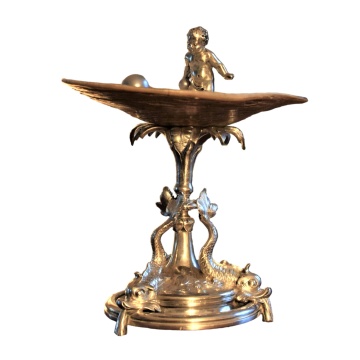 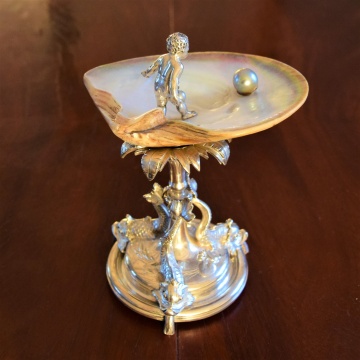 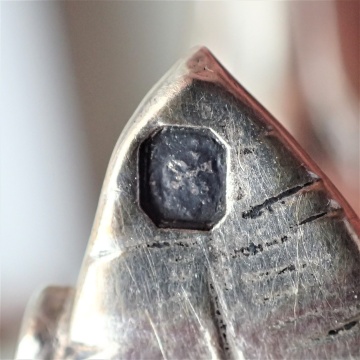 The Shell is hoisted on top of a Silver Palm Tree which in turn is flanked by three beautifully carved Dolphins.
The bocce balls are made with cultured pearls.

The work is exquisite, with the putto beautifully detailed. All point despite the Makers Mark being too erased to decipher properly to an excellent Maker. Due to the style of the piece and the wonderful work, the piece is attributed to Froment Meurice.

The Makers Mark is for Emile Froment Meurice and features the initials of his last name surrounding an ear of wheat.
The son of François-Désiré Froment-Meurice, Emile succeeded his father in the family business a number of years after the latter’s early death in 1855, at which point the workshop had passed into the hands of his mother.
Emile would go on to register his own Mark, pictured in our photos by august 3rd 1866.
The workshop, however, continued from strength to strength – Emile employing some of the leading designers and modelers in Paris, including Henri Cameré (1830-1894) and Emile Carlier (1827-1879), and gaining a reputation for innovation while retaining the motifs of Renaissance revival employed by his father. The firm continued to win prizes at the international exhibitions of the second half of the century and at the Parisian Exposition Universelle of 1889 they were awarded the highest prize in the goldsmithing section.