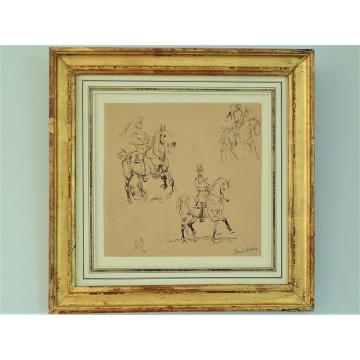 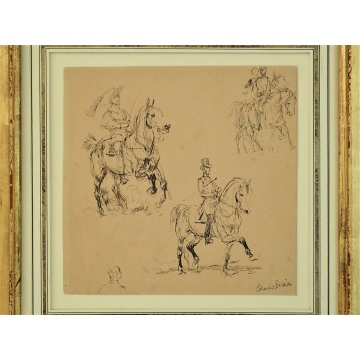 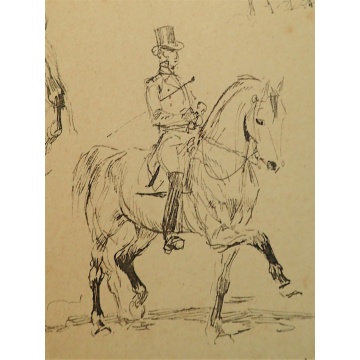 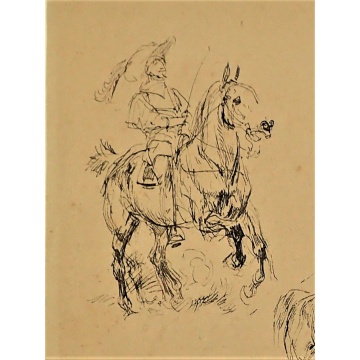 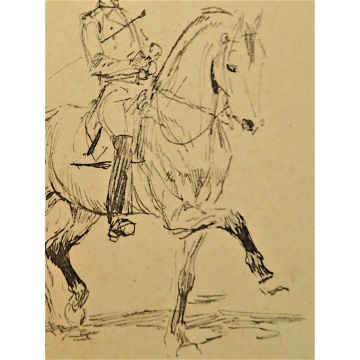 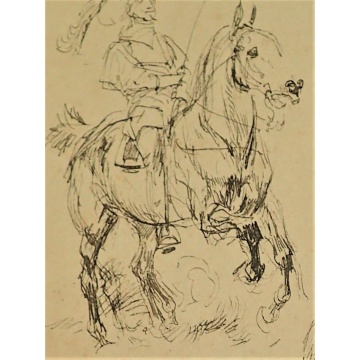 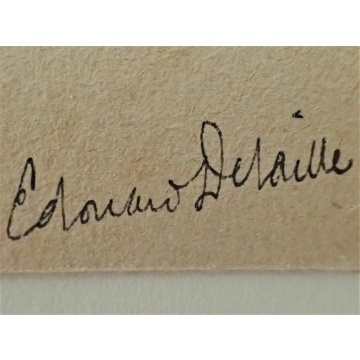 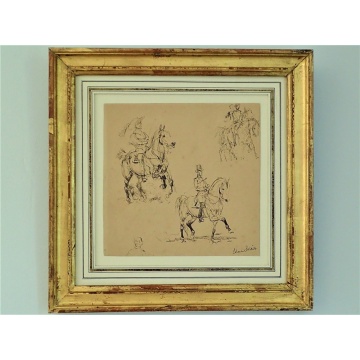 Lovely Ink Drawn Study Of The Cavaliers By E Detaille

In this drawing Detaille studies three different movements of the horses and three different types of riders.
On the left hand we have a Louis XIV Mousquetaire rider astride a prancing horse the details of both the rider and the horse are lovely…
The center figure shows a 19th century gentleman leading his horse in what appears to be a dressage movement beautifully drawn.
Finally, on the upper right-hand side Detaille drew the evolution of a movement for both the rider and the horse, creating a double drawing…

Édouard Detaille, or Jean-Baptiste-Édouard Detaille, was born in Paris on October 5th 1848 and passed away on December 23rd 1912.
A French painter he was known for his accurate portrayals of battles and military life.
Edouard Detaille is often referred to as the greatest French specialist in military painting of his time. He lived and worked during the first forty years of the Third Republic. His immense talent was at the service of the cult of the French soldier
Detaille studied with Ernest MEISSONIER and employed a technique of literal exactitude based on that of his teacher.
Detaille developed a wide knowledge of military detail, which made his work an important source for the study of late-19th-century military history; e.g., in 1883 he produced, with Alphonse de Neuville, a profusely illustrated two-volume work, The French Army.
His paintings of the Franco German War of 1870-71 made him famous. His most characteristic works, however, infused with legend and sentiment, are his pictures of Napoleon and his armies.
He exhibited a total of twenty-six times at the “Salon” from 1867 to 1912.
Edouard Detaille had a very meticulous technique and a concern for documentary accuracy. His work followed the neoclassical and romantic painters of the First Empire. In his paintings, he represented scenes as close as possible to reality.
His work is present in the Louvre and Orsay Museum, but can be found as well in the US in the Walters Art Museum in Baltimore, the Art Institute of Chicago, the Metropolitan Museum in NYC, the Museum of Fine Arts in Boston as well as the Philadelphia Museum of Art to name a few.

Edouard Detaille’s signature is on the lower right corner of the drawing.
Our drawing comes from the Collection of Felix Seguin the sole legatee of Detaille, who passed it on to his direct descendance.