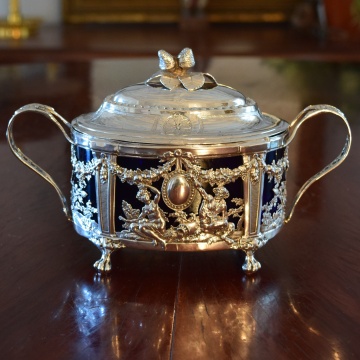 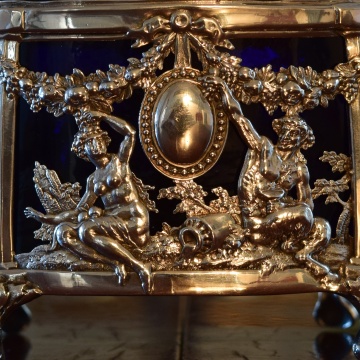 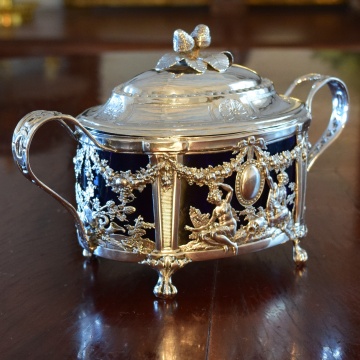 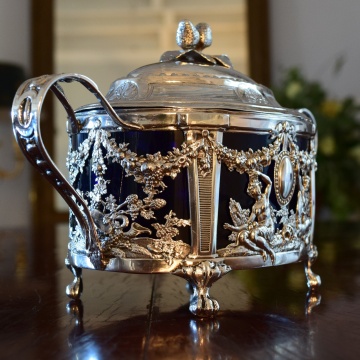 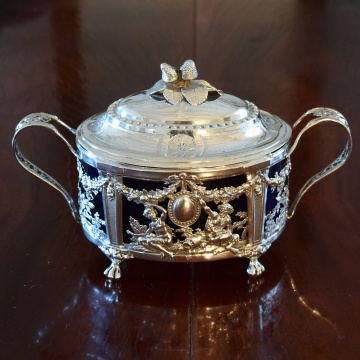 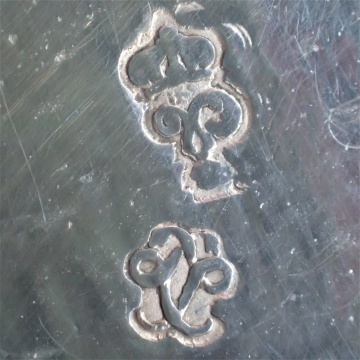 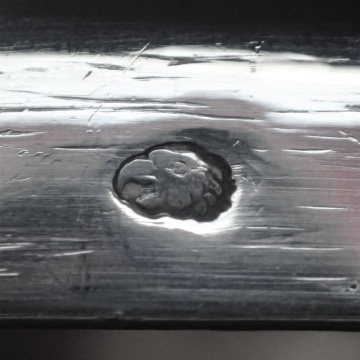 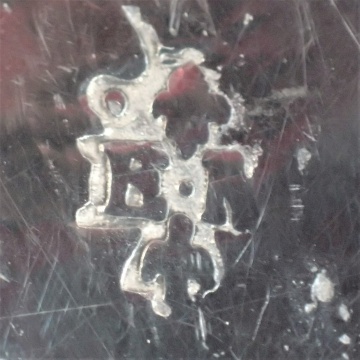 The silver framework, which holds the cobalt blue crystal, is delicately cut away to reveal the darker colour enhancing the whole effect and outlining the lovely carvings.
On the four sides side of the casket we have 4 medallions with same floral décor of oak leaves, grapes and pomegranates topped by an acanthus leaf, which surrounds a center medallion. On the front and back side, a beautifully depicted male faun and a nymph surround the medallions.
The details on the leaves and fruits are beautiful and the photos you will see barely make it justice!
The four registers are separated by fruit decorated pillars.
The piece rests on four lions paws.
The lid is decorated with geometric gadroons and topped by a beautifully detailed wild strawberry cluster.
The handles are decorated with acanthus leaves and rosettes.
The cobalt crystal interior is original to the piece and in perfect condition.

The Hallmarks are under the Fermiers Généraux régime:
Photo # 6: You have the Crowned P Poinçons de Jurande or Lettre Date 1785 Mark used under Fermier Général Henri Clavel.
We also have on the same photo the double used under the same Henri Clavel as a Charge Mark starting August 31st 1782

Photo # 7: You have the Eagle face used as a Discharge Mark starting March 7th 1786 under

Photo # 8: You have the Makers Mark for Etienne Modenx (or Modeux- both orthographs were used) showing his initials topped by a crowned Fleur de Lys with a saint esprit below.
Etienne Modenx Registered his Mark on August 2nd 1777.