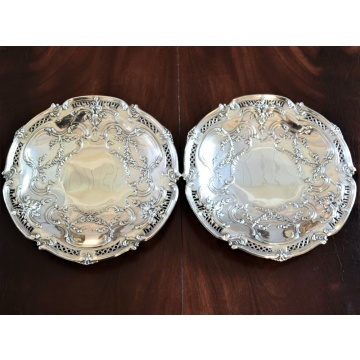 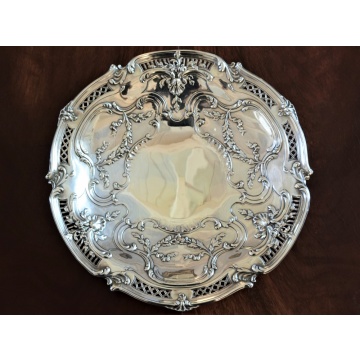 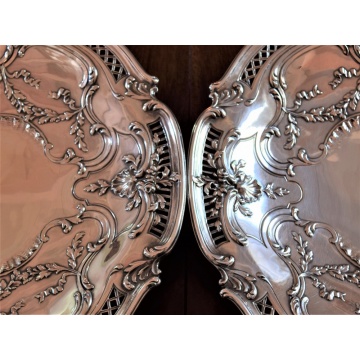 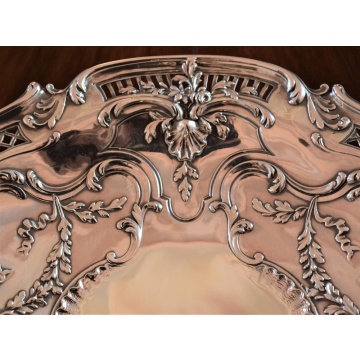 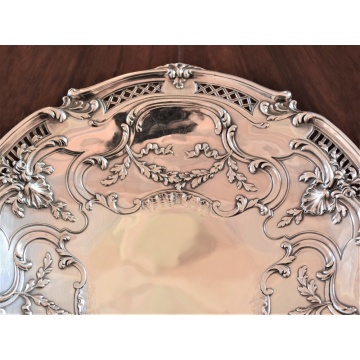 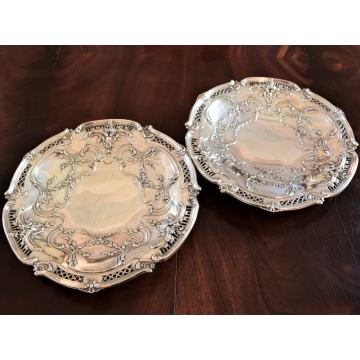 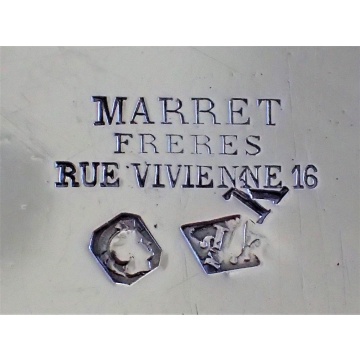 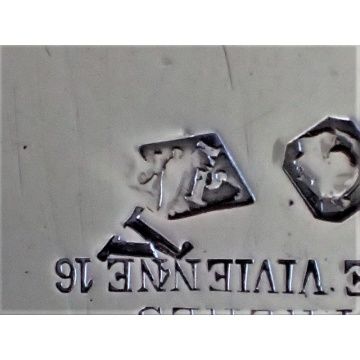 The Plates rests on a round pedestal or ‘piédouche’.
They can be used in a myriad way, from Fruit presentation to Cupcakes or Cake presentation.
They are both are in excellent condition! No chips or damages.

The Makers Mark is for ‘Maître Orfèvre’ Emile PUIFORCAT but also bears the Mark of MARRET Frères 16 rue Vivienne Paris.
The Makers Mark is for Emile PUIFORCAT, and was registered in 1857; it features an E and a P separated by a standing feather.
The mark is still so famous it does deserve a bit more explanations:
Emile PUIFORCAT inherited the business from his uncle Jean Baptiste FUCHS who specialized in flatware in the early 1800s. Emile Puiforcat moved from the offices of his uncle right next door at number 18, then 16 of Rue Chapon. While he died in 1883, his mark was kept by his successor as well as his grandson Jean, who passed away in 1945.
Until the 1880 the House of Puiforcat remained in the flatware business, but expended into the larger pieces to include presentations plates and platters.
Though very praised for its craftsmanship PUIFORCAT never participated in the Fairs that did so much for the Silver business in the 1800. The house continued on through the years and was finally bought by Hermes in 1993.

As for MARRET Freres they also deserve a little background.
Obviously these lovely plates were done to be sold in ‘Marret Frères’s shop Rue Vivienne in Paris.
In 1829 Charles et Hippolyte MARRET partnered up to open the MARRET Freres Shop and in 1834 moved their shop to 16 Rue Vivienne, in the former Hotel de Colbert. The Marret Brothers presented their pieces in several World Trade Fairs harvesting many prizes.