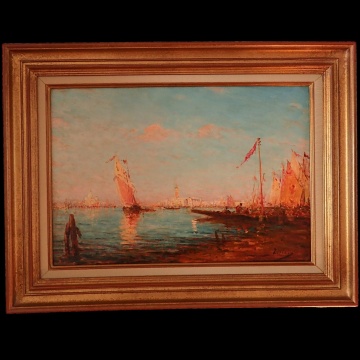 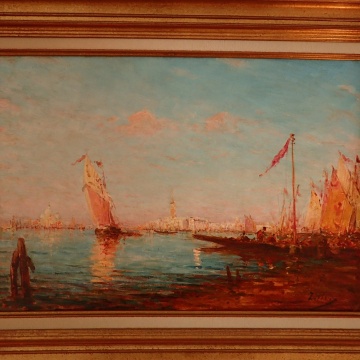 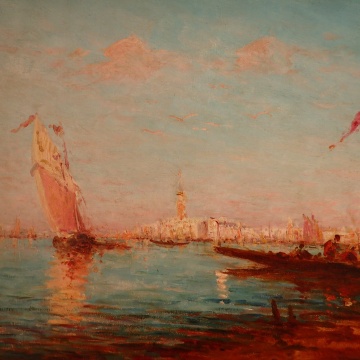 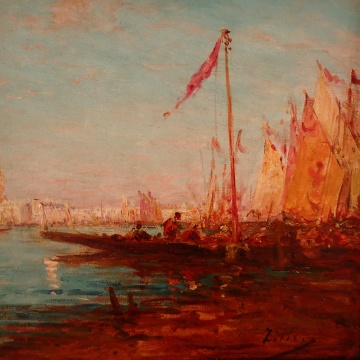 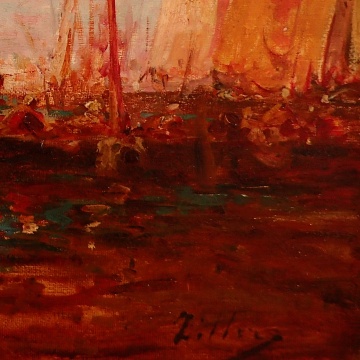 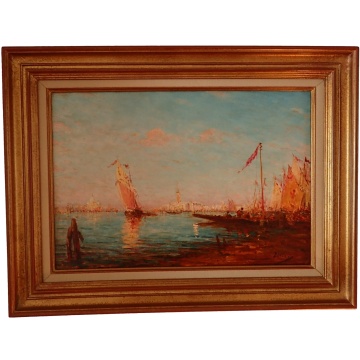 Lovely Oil Painting Of Venice By Malfroy, under his Pseudonym of Ziller

A Lovely Oil on Panel Painting Of Venice By Malfroy, under his Pseudonym of Ziller.

Treated with extraordinary dexterity, this view of Venice brings together two legendary monuments, the Campanile of St Mark’s Square in the center and the Basilica of Santa Maria della Salute on the left.

On the right a fervent activity enlivens the wharfs, mixing gondolas and sailing ships with colored sails, while a ship, sails inflated by the wind, is already moving away from the shore.
The water of the lagoon reflects multicolored shimmering reflections, as if to better mirror the incessant activity of the boatmen.
The luminosity of a late day colors the sky and the clouds in a range of shades from pink to purple.
The artist used the warmest colors of his palette to capture the warm tones of the “City of the Doges”.

Henry Malfroy was born in 1895 in Martigues near Marseille. He studied at the Beaux Arts in Paris after starting out with his father Charles Malfroy, with whom he is often confused.
Using a technique quite close to impressionism, his paintings are imbued with great sensitivity and infinite poetry, sometimes reminiscent of those of Ziem.
He exhibited regularly in Paris, at the Salon des Artistes Français and the Salon des Indépendants until 1934.
A member of the Resistance during the Second World War, he was arrested and transferred to the Buchenwald concentration camp where he died in deportation in 1944.

A work of exquisite beauty, this painting stands in testimony of a painter who died too young.

His work can be found in the Museum of Toulon and Carnavalet Museum in Paris.