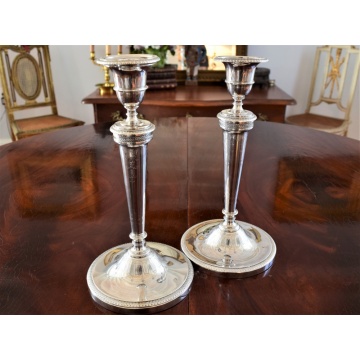 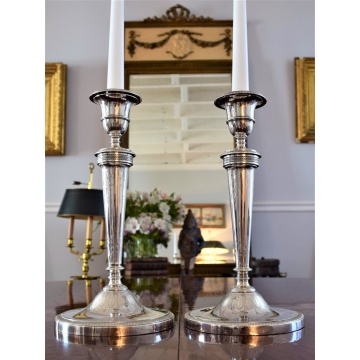 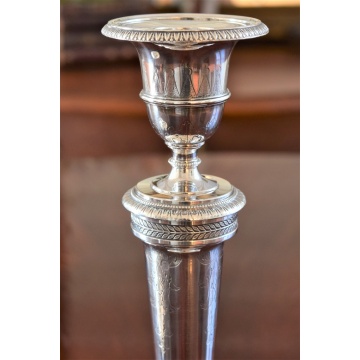 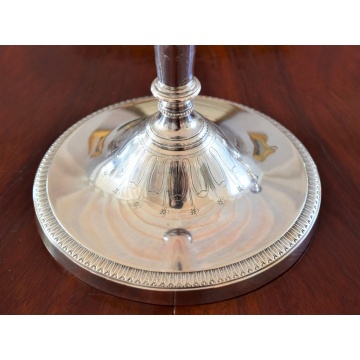 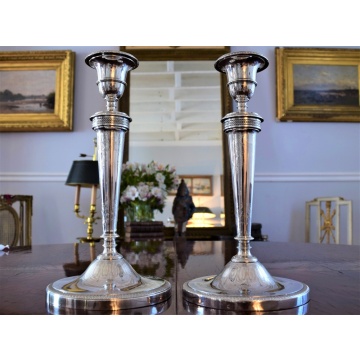 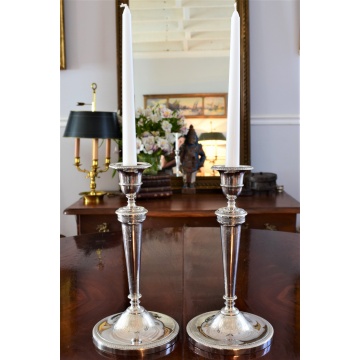 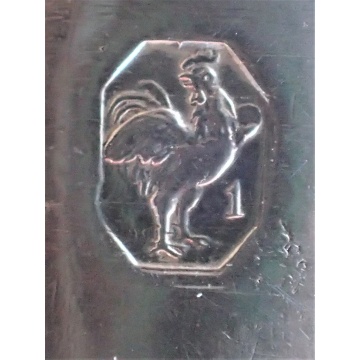 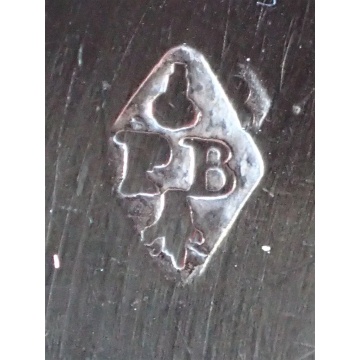 The pair show straight shafts with delicately rounded shapes decorated with floral scrolls.
The Feet of the two candle holders are round and decorated on the edges by an egg and dart frieze, or vertical laurel leaf wreath, which is again found on the upper edge of the bobèche.
The upper part of torches show a Medicis vase shaped recipient which is again decorated with foliage mirroring the ones found on the shaft.
They show some age marks on the lower end of the shaft with one showing a microcrack. but are all in all really lovely.

The Makers Mark is for Maitre Orfèvre Pierre BOURGIGNON.
It shows his two initials with a small carafe above and a ‘fleuron’ or floret below.
His Mark was registered the first time on May 27th 1789, at the cusp of the French Revolution, then again in 1798 under the new system.
The Pair of Candleholders also show the Mark of Louis DUPRE who registered his mark in 1827 and must have worked or repaired the Candleholders.