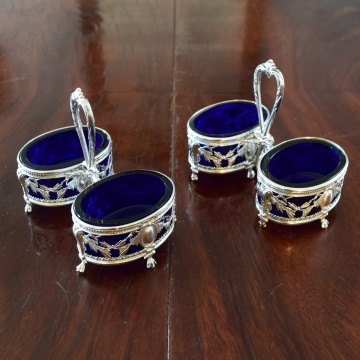 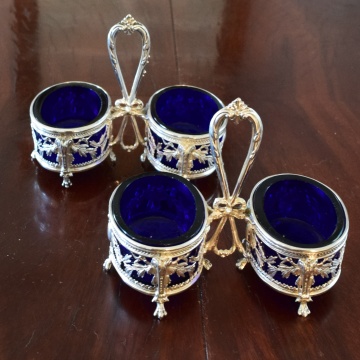 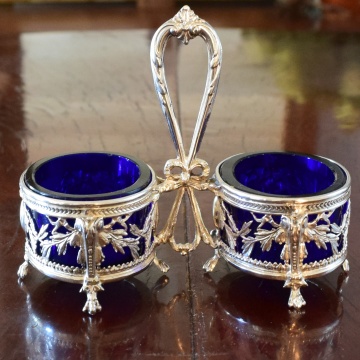 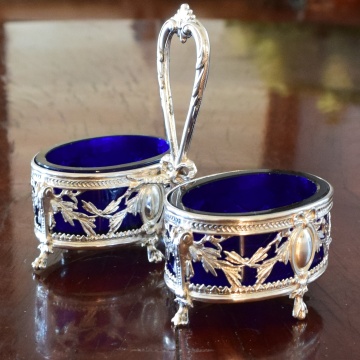 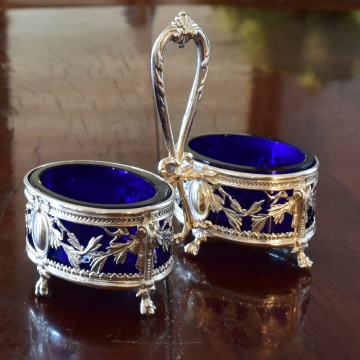 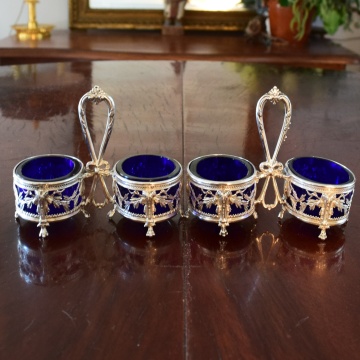 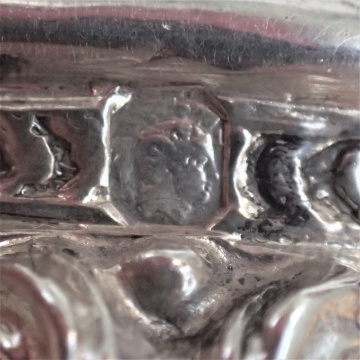 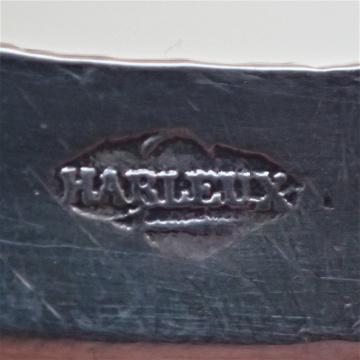 The two linked condiment cellars show two ovals holding an insert of blue crystal.
The silver framework, which hold the cobalt blue crystal, is cut away to reveal the darker color of the crystal, enhancing the whole effect and outlining the beautiful carvings.
Two main panels showcase a medallion originally supposed to receive a monogram and topped by a silver bow. Laurel leaves surround the medallion, while two curved silver pilasters separate the panels.
The body of the two cellars rest on four little lion’s paws.
The center linking the two cellars is dominated by a silver pillar rising in scrolls, topped by an acanthus leaf, with a silver bow in the center.

The Makers Mark is for Jean Baptiste Vast HARLEUX, who first registered his Mark on August 19th 1834, then again on July 13th 1842, 1851 and 1854. His mark was canceled on September 4th 1875.
His offices were located 15 rue du Grand Hurleur, then 13 rue Grenier Saint Lazare and finally 22 Rue de Pastourelle in the Marais part of Paris.