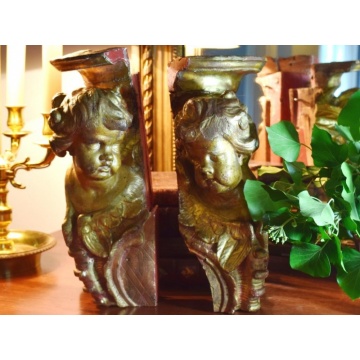 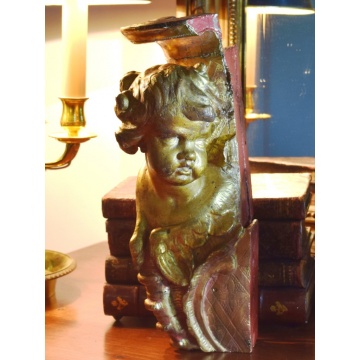 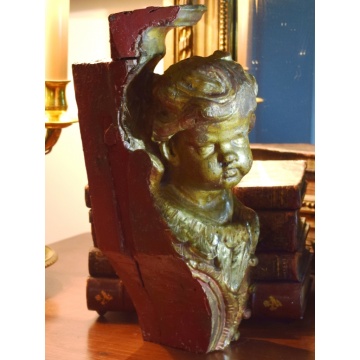 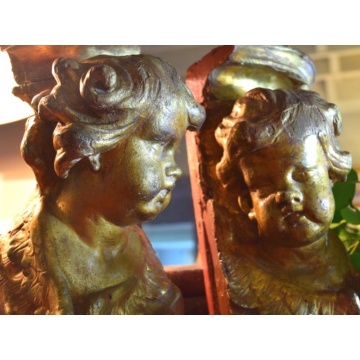 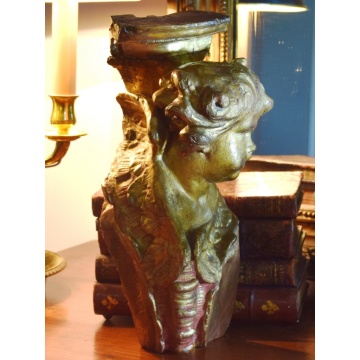 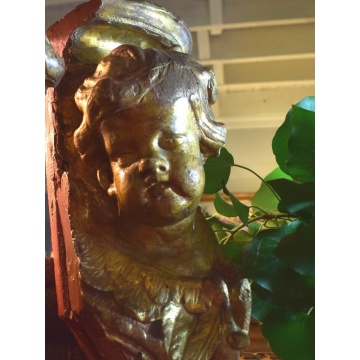 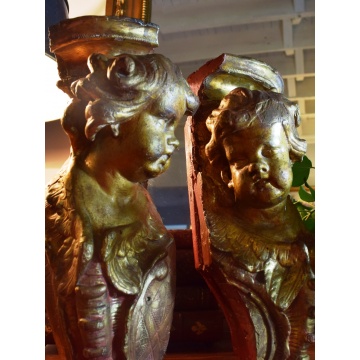 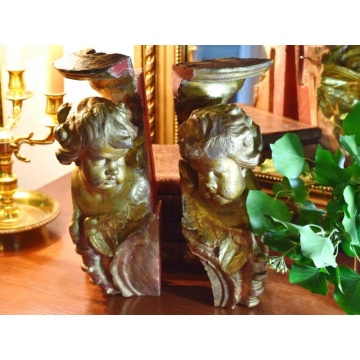 These Charming Cherubs are made out of Oak, gilded and lacquered.
Typical of the late XVII in France they show the Cherubs with their chubby cheeks full of tenderness and sweetness.
The sculpture demonstrates the usual XVII Century technique of adding the faces onto the main part of the wood sculpture.
The wood was then covered with canvas and plaster and painted over to achieve its final aspect.
The heads are flanked by draped wings.
They are in an excellent state but do show some age signs with the paint and lacquer having disappeared in some places.

The Putto (Singular form for Putti) was originally inspired by the Greek and Roman Ancient Arts.
Symbolizing love the Putto would reappear during the Renaissance period and could be found in sculptures up to the Baroque period.
Putti were usually represented as chubby young boys and often winged.