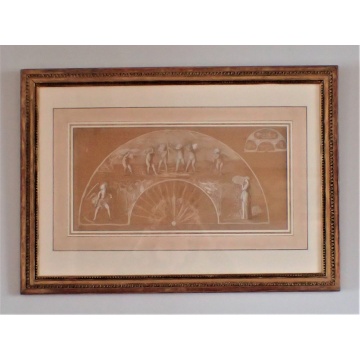 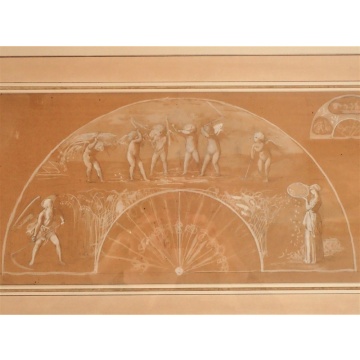 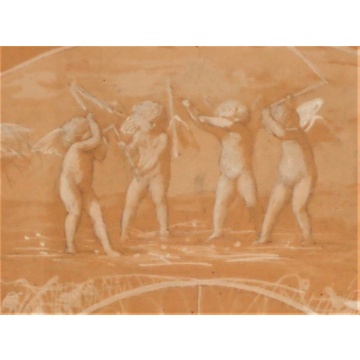 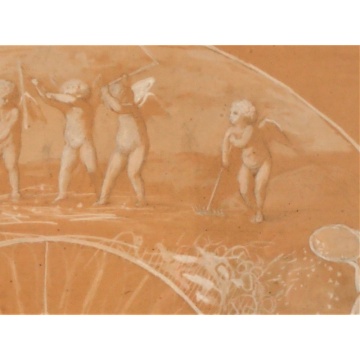 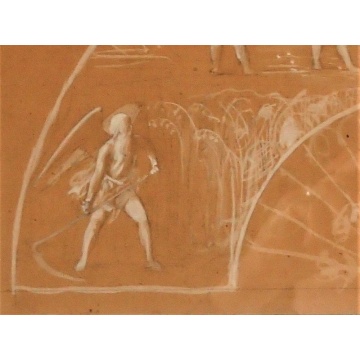 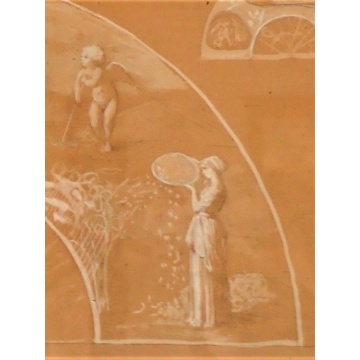 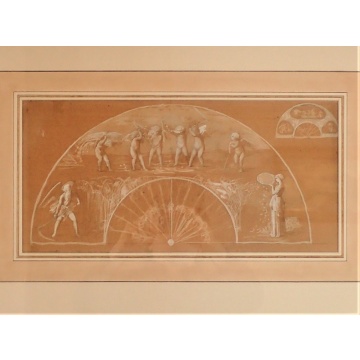 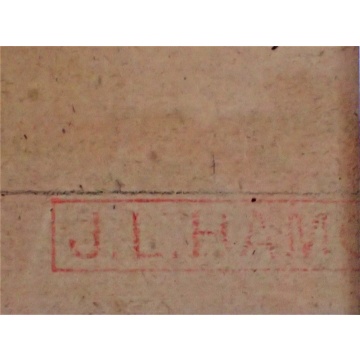 Lovely Pencil and Gouache Project for a Fan by Hamon~Sold~

This charming project shows a drawing of ‘the Harvest’ with cherubs or Putti lining the upper register Threshing the wheat with flails.
The left-hand corner shows a winged wiseman cutting down the wheat, while on the right-hand corner a woman dressed in Antique inspired vestments winnows the grains.

This charming project is done in lead Pencil and white gouache on a peach colored paper.
The drawing was done by Jean louis HAMON and is signed.

Hamon was born at Plouha in the Cote d’Armor in France, in 1821. At an early age he was intended for the priesthood, but his strong desire to become a painter finally triumphed over family opposition, and in 1840 he left Plouha for Paris.
In Paris Hamon received valuable advice and encouragement for his work from Paul Delaroche and Charles Glevre and in 1848 made his first appearance at the Salon with the ‘Tombeau Du Christ which is now exposed at the Museum in Marseille.
He did not however garner much success; hence he went on to accept a designer position at the Sevres Porcelain Factory.
In 1851 one of his design for a casket obtained him a Medal at the London International exhibition.
Encouraged by this success he left Sevres and applied again at the Salon in 1852 with a piece entitled La Comedie Humaine, which was well received followed by another work in 1853 which obtained him the graces of Napoleon’s the Third.
In 1855 at the Paris International Exhibition he was again awarded a medal and gained the ribbon of the Legion of honor.
From there he went on to exhibit 1857, 1859 and 1861 with more successes.
In 1864 he travelled to Italy and his work from them on was much inspired by his visit
His last work was exhibited in 1873 and he passed away in Saint Raphael in May 1874
Hi was later labelled as a Neo Pompeian Painter