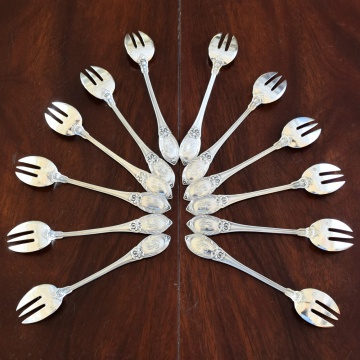 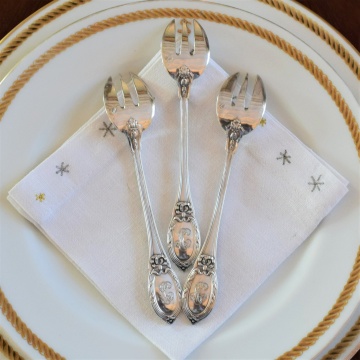 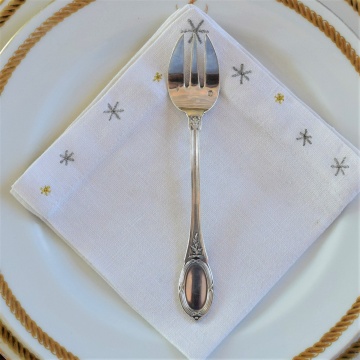 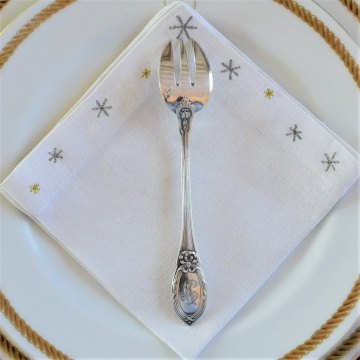 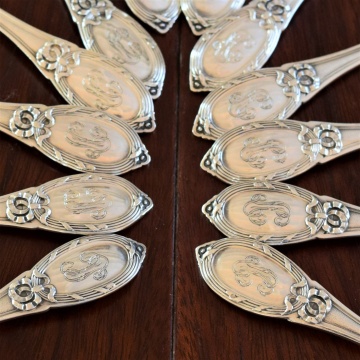 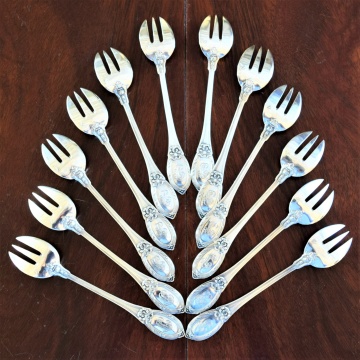 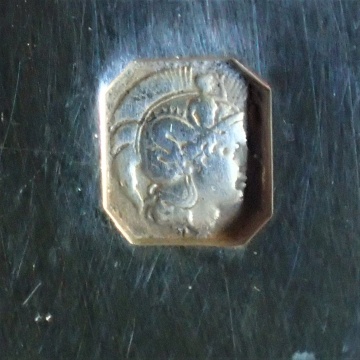 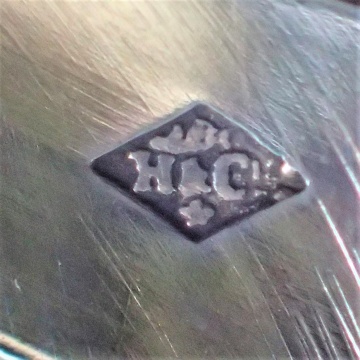 The forks are done in the simple yet elegant Louis XVI Style with ribboned reed medallion topped by a bow and acanthus leaves.
Each piece sports an LC monogram.
The fork is linked to the handle by a spread of acanthus leaves.
The work is particularly refined and the set very elegant.
They are perfect to hold and handle with a great shape.
They are in excellent condition and come be bought as a set with the 24 piece set of Escargot Forks and Tongs.
The height given is that of one fork.