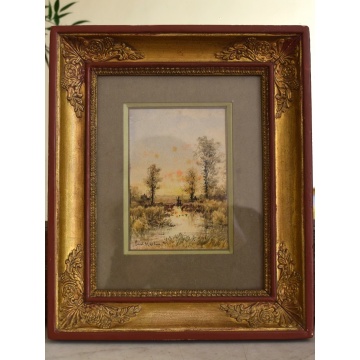 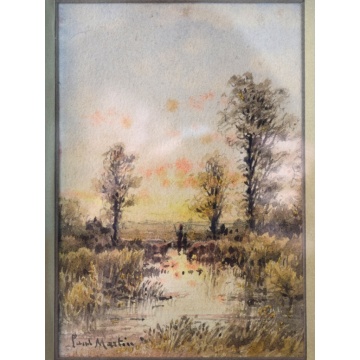 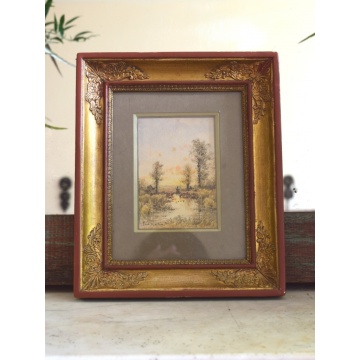 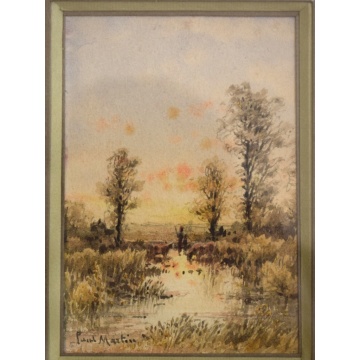 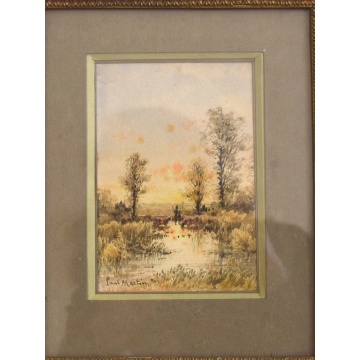 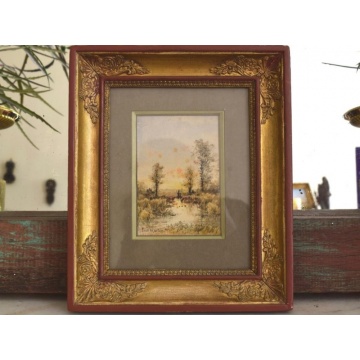 This charming work is done in the lightest of strokes, bringing forth the golden light that seems to come out of the horizon.
Tall trees surround the little river meandering between water plants and reeds.

Paul MARTIN was born to a traditionalist family in Digne Les Bains in 1830 under the name Pierre Balthasar MARTIN.
He later adopted the Surname of Paulin and used it as Paul starting his teen years.

Not particularly keen on studies, Paul MARTIN however excelled at drawing under the guidance of his art school teacher, Honoré Camoin, whose son would later become one of the Painter of the Provence School under the name ‘Victor CAMOIN’ as well as Martin’s best friend.

Paul MARTIN moved to Marseille in 1850 with Victor Camoin, and opened an Art and Antique Store in 1852, soon befriending Jean Baptiste Camille COROT, Eugène DELACROIX, but also Felix ZIEM and Adolphe MONTICELLI all of whom exposed their paintings in his store.
In 1865 he closed his store to dedicate his life to his passion of watercolor painting in which he excelled.

Stearing clear from the heavier oil colors his painter friends preferred, he used watercolors to communicate the light and the lightness of the air in Provence and in the Digne Area.
It would be in Digne that he would pass away on September 16th 1903 leaving behind a wonderful trove of beautiful watercolors and particularly quite a few of the La Bléone River with its tall poplar trees and its entrancing light.

His only son Etienne would go on to become an a painter of his own, using mostly oil colors.
In 2006 The Musée Des Arts de Provence in Marseille had a retrospective of both the father’s work as well as the son’s, highlighting their sensibility and the delicacy of their paintings in two very different mediums: watercolours and oil based paintings.
Their artistic sensibility is evident to all of those who professed interest in their work.

Our lovely watercolour was purchased at the HDV Fleck and Prado Falque in Marseille in 2016 under # 120
It is signed by the artist on the left hand side.