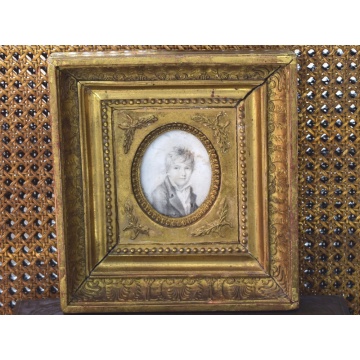 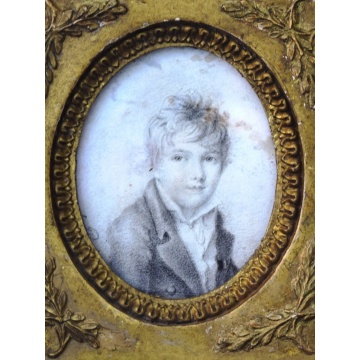 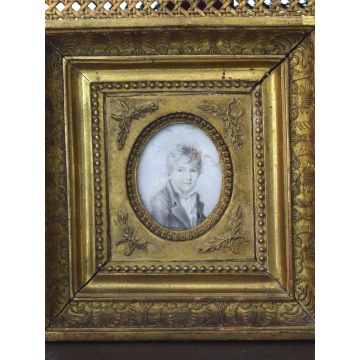 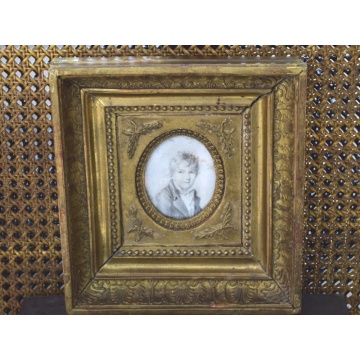 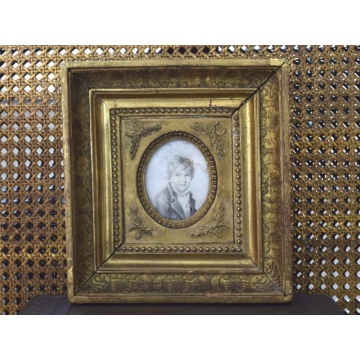 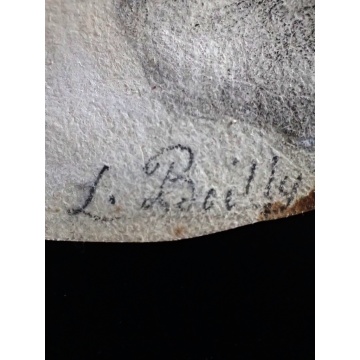 Lovely XIX Century Drawing Of A Young Boy By Boily~Sold~

Masterfully drawn in lead pencil, this charming portrait depicts a young boy dressed in post revolutionary clothes.
The young face looks sweet yet determined…
The frame dates back to the early part of 1800 and is beautifully carved but does show some age marks.

The Drawing has LL Boily hand written on the side.
The LL BOILY signature was picked up by the Cabinet de Bayser who registered the piece under # 355/39

Louis Leopold BOILY, also spelled ‘Boilly’,1761 – 1845, was born in La Bassee and died in Paris on January 4th 1845. He was a painter, a engraver and also a specialist of Miniatures.
He became particularly known for his Parisian street scenes post revolution.
He had first studied under Charles Alexandre Joseph CAULLET in Douai then under Dominique DONGRE in Arras.
He moved to Paris in 1785 a few years prior to the French Revolution and, in order to make a living, became a portraitist.
His first pieces were inspired by Greuze and Fragonard, until he incorporated more realism taking after the Flemish School of centuries past.
His paintings which, faithfully and delicately, represented the Paris Street scene and dwellers during the years between the French Revolution and the Restauration Period, were much liked by the public. He had started exposing his drawings and paintings at the ‘Salon’ by 1791, and eventually was awarded a Gold Medal at the 1804 edition.
He was even given a Legion D’Honneur and became a Member of the Institut de France.
He realized more then 4500 portraits of which only 10% have been recovered at this time.
His sons Julien, Edouard and Alphonse went on to become painters.