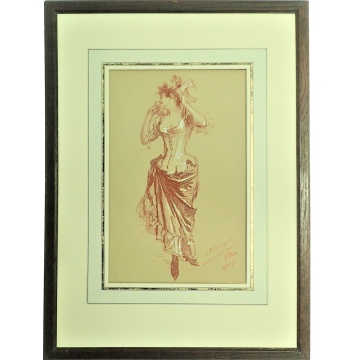 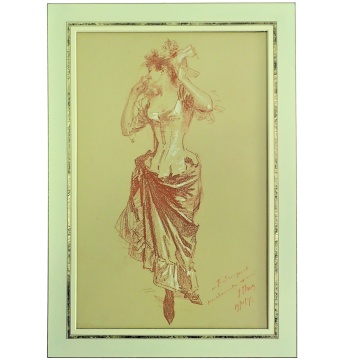 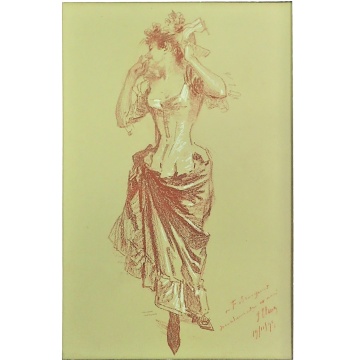 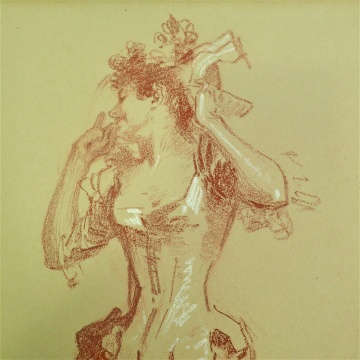 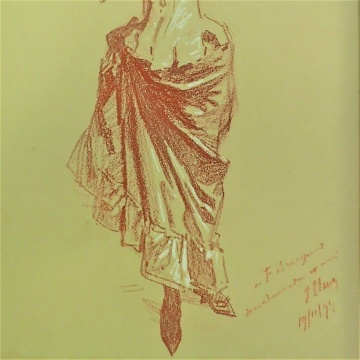 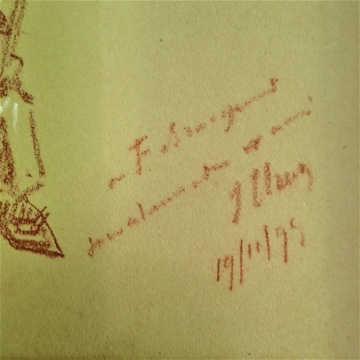 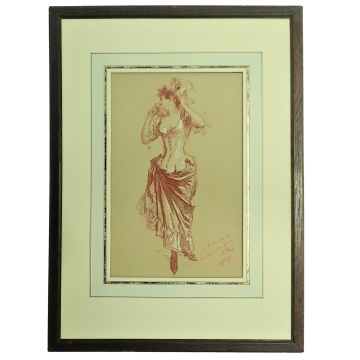 One of the most famous printmakers of the late nineteenth century, Chéret is often regarded as the father of the Modern Poster.
Considered as the father of modern poster art and a critical figure in the development of the French Belle Époque style, Jules Chéret was the first artist to work with color lithography.
Originally born in Paris to a poor but creative family of artisans, a lack of finances meant Jules Chéret had a very limited education. At age thirteen, he began a three-year apprenticeship with a lithographer and then his interest in painting led him to take an art course at the École Nationale de Dessin.
Like most fledgling artists Chéret studied the techniques of various artists, by visiting museums.
Finding little success in France due in part to inadequate printing technology, Chéret moved to London and began designing perfume packaging for Rimmel during the 1860s. Rimmel became Chéret’s patron and financed his commercial lithography studio in Paris.

On returning to France, influenced by the scenes of frivolity depicted in the works of Jean-Honore Fragonard and other Rococo artists such as Antoine Watteau, Chéret created vivid poster ads for the cabarets, music halls, and theaters such as the Eldorado, the Olympia, the Folies Bergères, Théatre de l’Opéra, the Alcazar d’Eté and the Moulin Rouge.
His free-spirited, Rococo-style female figures, dubbed “Chérettes,” came to not only define Belle Époque advertising but also represent the liberated Parisian woman.
Females had previously been depicted in art as prostitutes or puritans. The women of Chéret’s posters, joyous, elegant and lively, were neither. It was freeing for the women of Paris, and lead to a noticeably more open atmosphere in Paris where women were able to engage in formerly taboo activities, such as wearing low-cut bodices and smoking in public
Later artists such as Charles Gesmar and Henri de Toulouse Lautrec mimicked his style.

Our charming drawing is done in Red Chalk with white chalk accents highlighting the charming twist of the body of what could be a theater actress, or a singer. The costume is lovely and her raised arms are full of charm and mirth.
The movement as usual is beautifully drawn using only red and white chalk.
The drawing is signed on the lower right corner, and dated November 19th 1899.
While we have not been able to decipher the first line the second mentions: ‘amicalement votre ami’ or ‘With kind regards your friend’