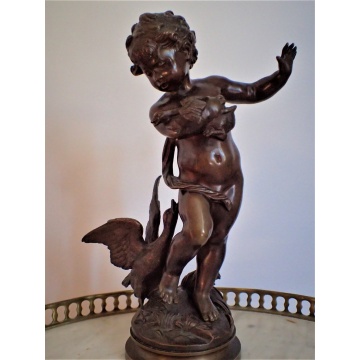 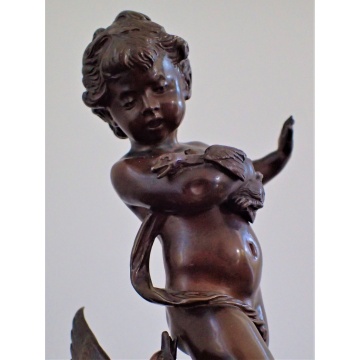 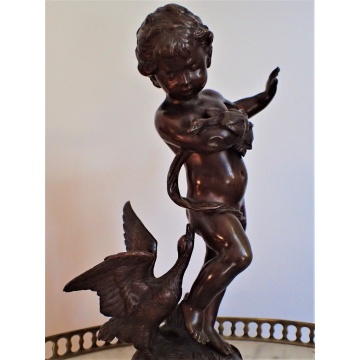 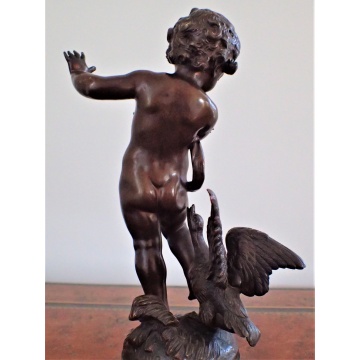 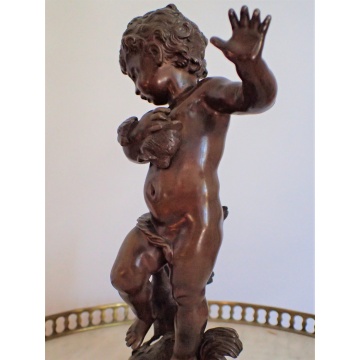 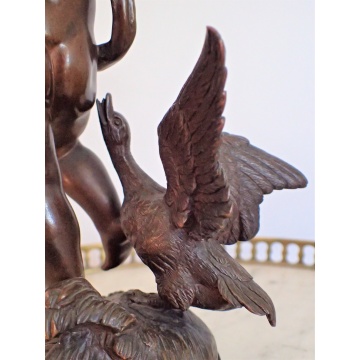 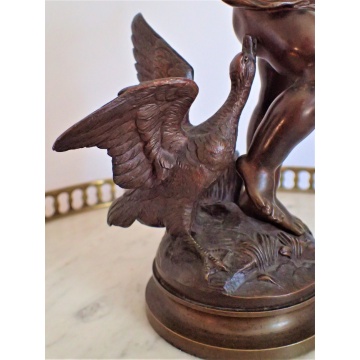 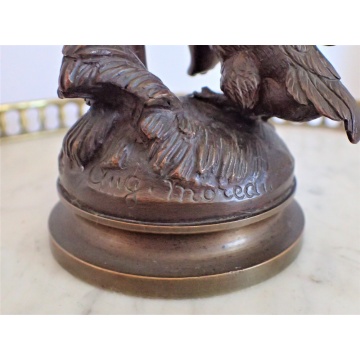 Mischievous Statue Of A Cherub Stealing A Gosling By Moreau~Sold~

Mischievous Bronze Statue of a Cherub stealing a gosling by Auguste MOREAU.

Auguste Louis Mathurin MOREAU was born in Dijon in 1834 and passed away in Malesherbes in 1917.
The youngest son of Sculptor Jean Baptiste Moreau he apprenticed under his father as well as with Andre Millet and Jean Thomas to name only two of his professors.
Following the footsteps of his elders as well as his ancestors, he soon became a well known Sculptor for the quality of his work and the delicacy of his representations. He specialized in Art Nouveau style statues and used beautifully carved animals to enhance his sculptures. He particularly liked to depict young maidens and cupids as well as allegorical scenes.
His creations were always graceful and full of mischief.
He started to exhibit at the Salon de Paris by 1861 and would go on until 1913, four years before his passing.

Our Bronze statue is absolutely delightful with the young child stepping lightly to avoid the mother goose from biting him, after steak\ling her chick….The gosling strains to reach its mother and the whole effects is full of life and mirth…
The Patina is gorgeous, perfectly preserved.

The piece is signed on the terrace as shown on photo number 8.
It stands at 8.26 inches high
Simply delightful!