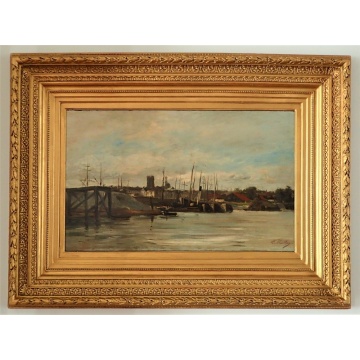 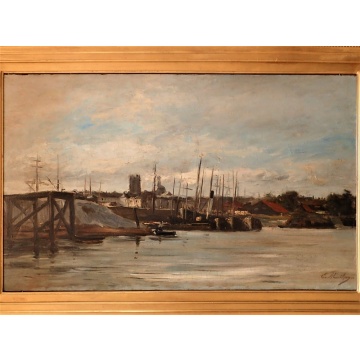 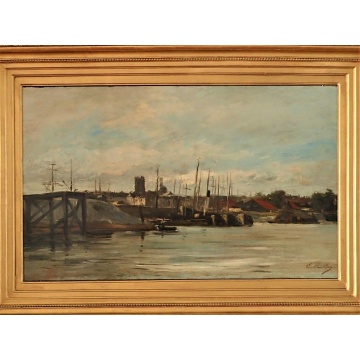 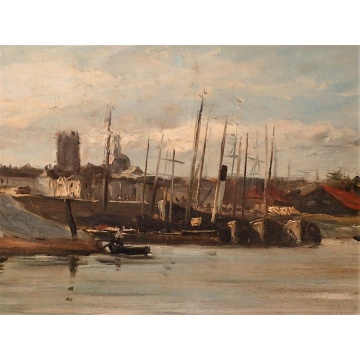 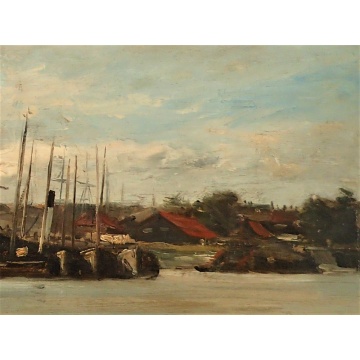 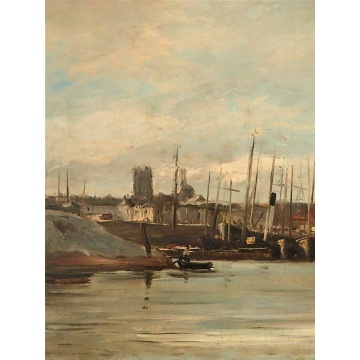 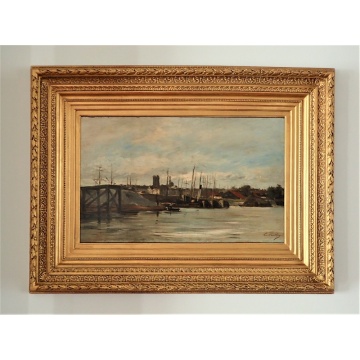 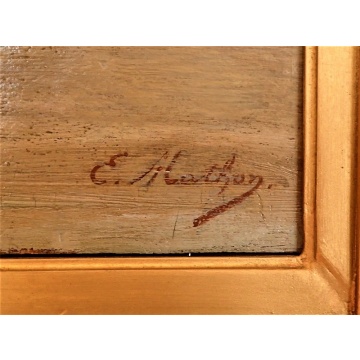 Oil Panel Of The Dieppe Harbor By Emile Louis Mathon~Sold~

A beautiful Oil on Panel Rendition of the Old Harbor of Dieppe By Emile Louis Mathon.

Born in Paris in 1842, Émile Louis Mathon was a pupil of Charles-François Daubigny, master of the Barbizon school, and Louis Arban. He exhibited at the Paris Salon from 1868 to 1887. He was noticed at the 1869 Salon thanks to a still life. During his career, he painted Paris and the Seine, rural scenes and maritime views (fishing scenes, warships, port views), Normandy and the Channel coast. A great traveller, notably to Russia (1879), Spain (1882), Algiers with his friend the fresco painter Tony Vergnolet (1842-1900) in 1891, and Tunis (1891, 1894), he brought back very colourful works with rigorous drawing.

In his port scenes, Mathon mainly uses elongated formats, which give a particular panoramic view. Through his work, the viewer can admire old views, now disappeared, of the cities of Dieppe or Dunkirk.

In our painting we find the old harbor of Dieppe pictured along with sail and motor boats which Mathon particularly favored.
The sky is particularly well worked and harks back to the realism of the Barbizon school, but the lower part of the painting and the water is much closer to the Impressionist movement, with strokes of paints that are not blended but applied at a rapid rhythm and acquiring a lovely transparency.

The painting is signed in the lower right corner and bears in the back of the panel the identification of the City of Dieppe as well as the year the work was done, 1875.
The frame is beautiful as well, in heavy gilded wood, dating back to the same period.
All in all a wonderful piece!

Mathon’s works can be seen in the Museums of Dieppe, Granville, Le Havre and Creil.