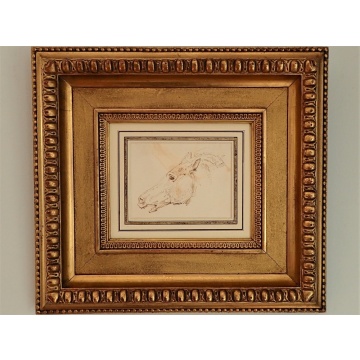 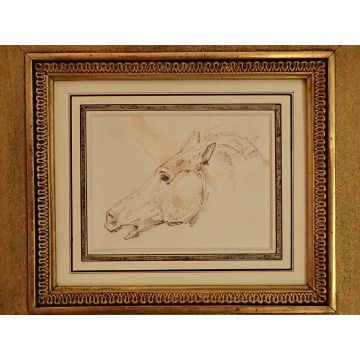 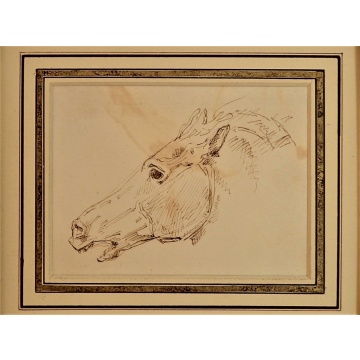 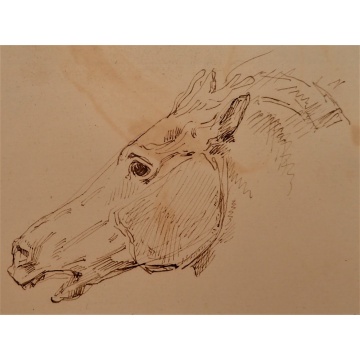 Powerful Study Of A Horse’s Head By L Cogniet

This beautiful study, done in black ink is extremely powerful and very lively.
Looking at Leon COGNIET’S work we are inclined to see this drawing, as is the case with the following one as a Study for his painting titled: L’Enlèvement de Rebecca’, or ‘The Abduction Of Rebecca’ which he completed in 1828 and exhibited at the Salon in Paris in 1831.