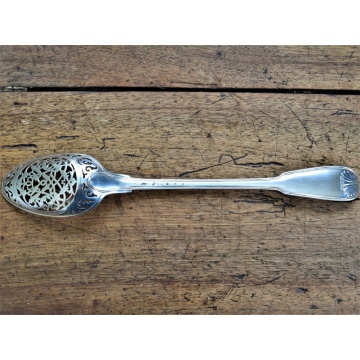 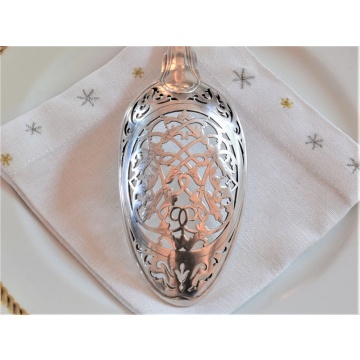 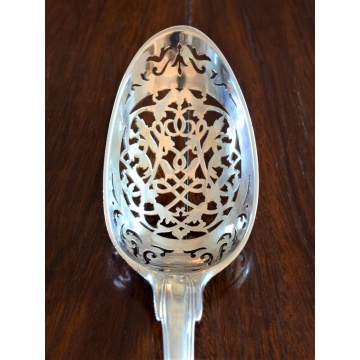 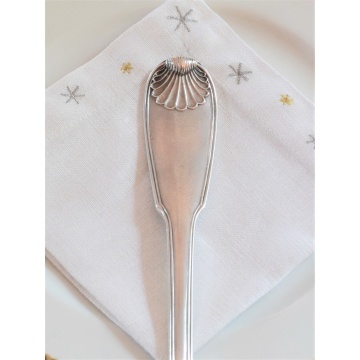 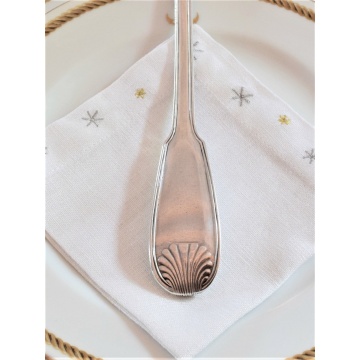 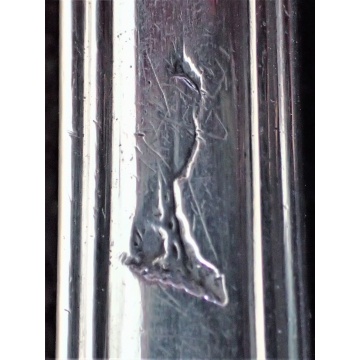 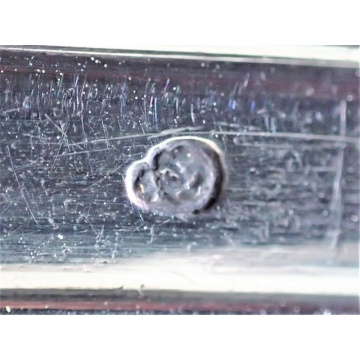 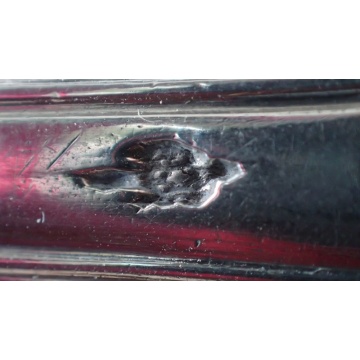 The bowl of the spoon is worked in a beautiful ‘repercé’ motif showing a central motif that could feature interlaced letters (Maybe a double L) flowing out into a geometric leaf and olives design in a perfectly symmetric ensemble.
The scrolls are separated by 4 leaves motifs while tulip and forked leaves motifs line the border.
The handle is worked in a double ‘Filet’ or thin line design, which surrounds the whole piece, and ends with a beautiful Seashell design on both sides.
The work is extremely refined and the piece is in beautiful condition. This piece is definitely for the ‘Connaisseur’.
The Olive Spoon was very much appreciated in the South of France for obvious reasons and became a gift of choice. It also indicated wealth as olives were a delicacy and rather expensive if bought to be eaten whole. Hence owning an Olive spoon showed one’s status…
Contrary to the smaller olive spoons later on sold as part of service sets, these were done to stand out alone and hence were quite long and heavy as indicated above.
The width given above is that of widest part of the spoon itself.
The work is very refined and the piece is in great condition.
The design is typical of the early to mid 18th century.

We are here dealing with Poinçons Aux Fermiers Généraux – Hence marks pre dating 1798.
Starting with photo number 6: we have the Poinçon de Charge for Paris: a Crowned A that was used from November 18th 1774 until July 12th 1780 under Fermiers Généraux (Tax collector if you will) Jean Baptiste Fouache and dominique Compant.
Photo Number 7 shows is the ‘tête de singe’ or Monkey’s head discharge used for small silver objects between November 18th 1774 until July 12th 1780.
The Poinçon de Jurande for Paris, or ‘Lettre Date’, which would have given us the precise year is too erased to be read.

The Makers Mark, shown photo number 8 is for Maitre Orfèvre Louis-Contant de la Boissière.
He was the son of Jean-Claude de la Boissière, also specializing in Spoon making.
Louis-Constant registered his mark (LCB with a star in the middle, topped by a Fleur de Lys and a Royal crown) on December 1759. We loose traces of him at the end of 1784.
Our Spoon-maker is talked about in Bilgi KENDER’s and François Baudequin’s wonderful book ‘Les Cuillers à Sucre dans l’Orfèvrerie Française du XVIIIième. Page 138.