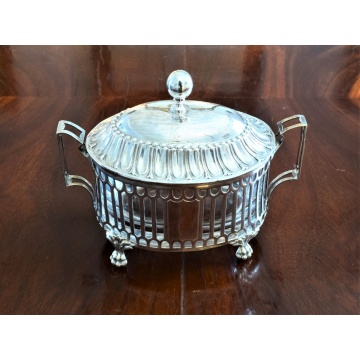 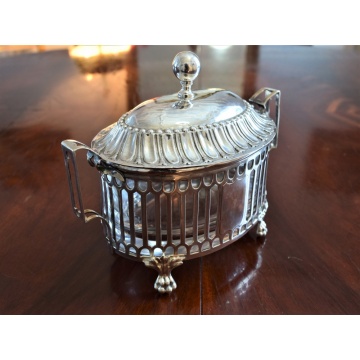 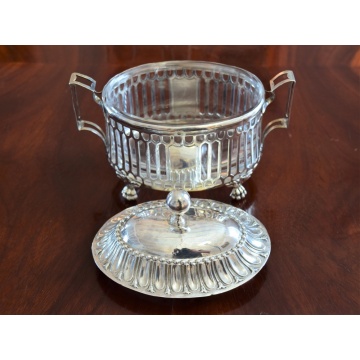 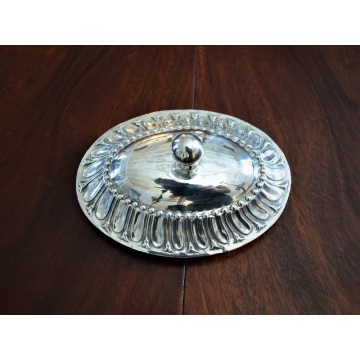 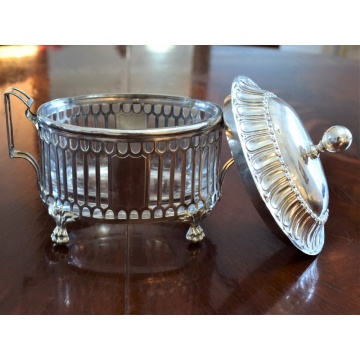 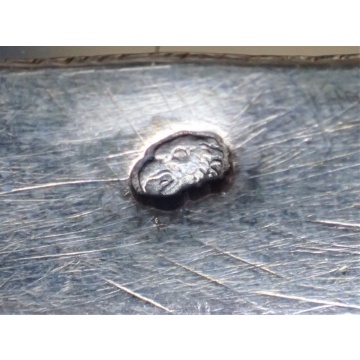 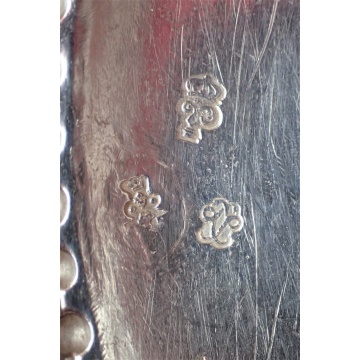 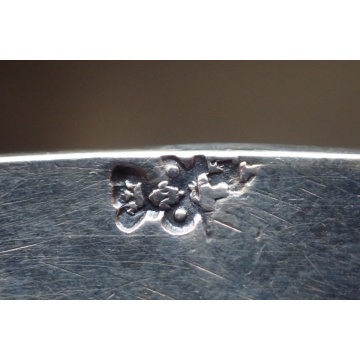 Simply done with an Antique Silver main body showcasing ‘arcatures’ or arches topped by half circles with handles done in the same design, this 18th century piece looks modern in its simplicity!
The four feet represent lions claws while the lid is slightly dome shaped and lined with gadroons topped by a silver pearls.
The finial is a simple silver pearl.
The clear crystal insert is in prefect condition no chips or scratches. The silver gallery is in perfect condition.

The piece is beautifully marked!

It was created under Fermier General (the tax collector or Tax Farmer General, in France) Henri CLAVEL who took the position in July of 1780 and held the post until January 1789 in Paris, at which time Jean Francois Kalendrin was appointed.

We can further narrow down the date to between July 13th 1785 and July 11th 1786 as we have that date on the Poinçon de Jurande which shows a P topped by a crown with underneath the number 85.
Finally, we can narrow it down a little more as we also have the Eagle’s head ‘Décharge’ used by Henri Clavel for ‘Smaller Silver Objects’ from March 7th to 1786 to February 22nd 1789.
Crossing all references, we can indicate that the Sugar Casket was sold between March 8th and July 11th 1786…3 years prior to the French Revolution.

The Makers Mark is for ‘Maitre Orfèvre’ Joseph Thomas VANCOUVENBERGH, which shows his initials topped by a crown and a ‘Fleur de Lys’
He registered his mark on March 10th 1780 in Paris.