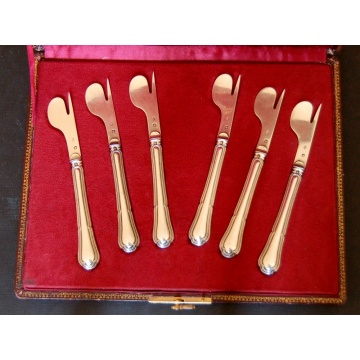 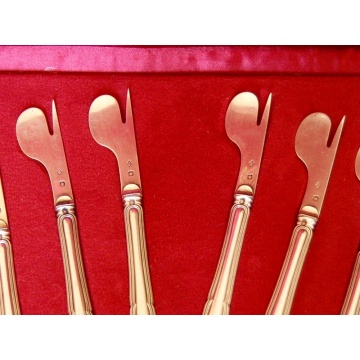 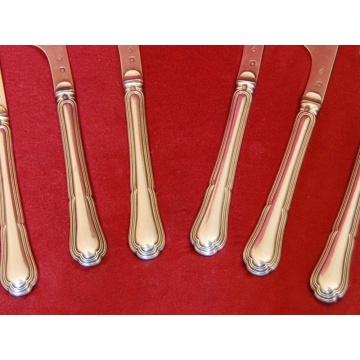 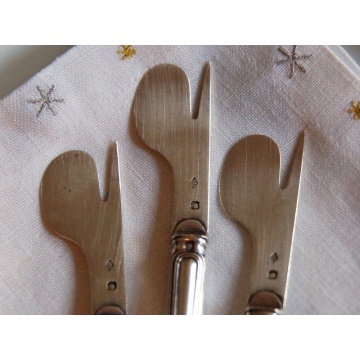 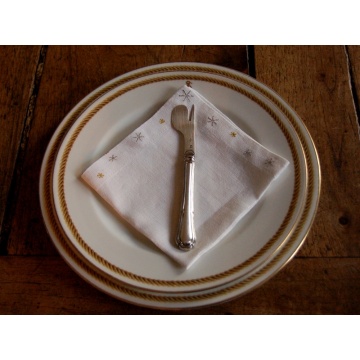 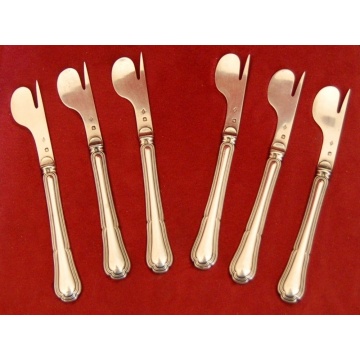 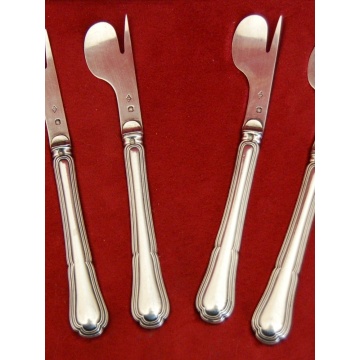 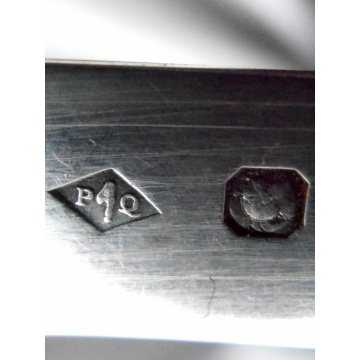 In all our years collecting French Antique Silverware we have never come across a set of these before!
They are part of all these implements that were created to facilitate meals after 1838, when the bourgeoisie and aristocracy households decided they wanted implements that would match every food group or item…
These implements had to be beautiful yet be useful as well.

The Orange knife was very rare to come by simply because oranges were usually pressed or candied, but rarely eaten whole as a fruit.
With this implement the task was easier, one would use the she sharp point to line the orange skin in several quarters, then the rounded blade, which is slightly bent, would be used to slide under the skin and peel the orange effortlessly!
The final result resembles an open flower…
We battled against several Collectors and Antique dealers in order to obtain our lovely set.

The set is in perfect condition and comes in its presentation box, which is in good condition with only minor wear marks on the outside.

The Makers Mark is for Pierre François QUEILLE. His mark was registered on October 23rd 1834. The Mark shows a P and a Q separated by an Antique Oar.
He started a dynasty of Master Silversmiths in 1834 and stayed in business from 1834, to the 27th of November 1846 (Date his mark was cancelled) ,
Pierre François QUEILLE had his worshop at ’70 Rue du Faubourg Montmartre in Paris’.

He left over his practice to his son Eugene QUEILLE who moved shop to ‘8 Rue Saint Roch Poissonière’, and registered his mark on February 11th 1847.
He then, in turn, left over his practice to his son: Pierre François QUEILLE who was named after his grandfather.
They moved their practice in 1874 to ’11 Rue des Petits Carreaux in Paris’.
Their production was sold by other Master Silvermiths as well, and they collaborated with several bigger names as the House of ODIOT and the House of FROMENT MEURICE!
Their House stopped production in 1930.