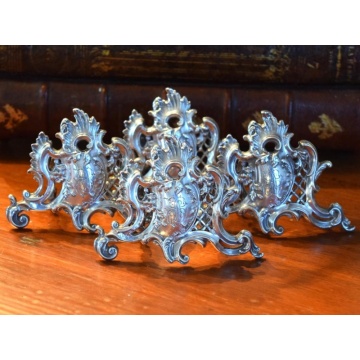 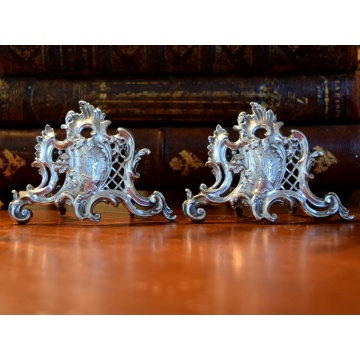 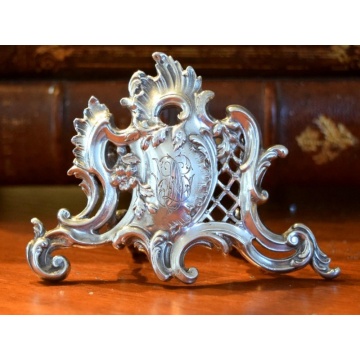 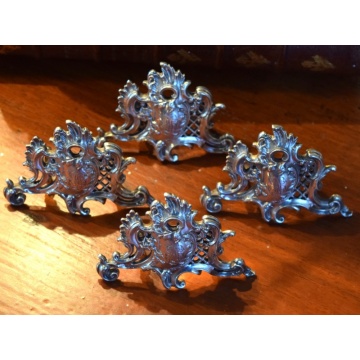 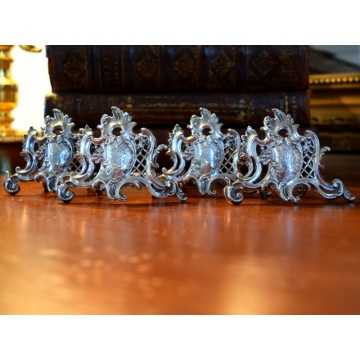 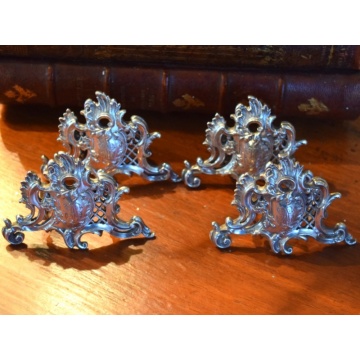 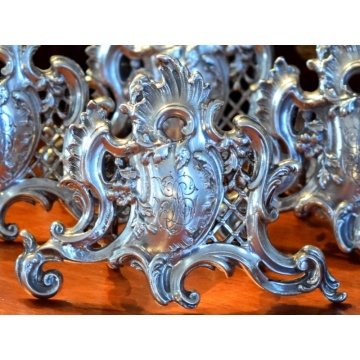 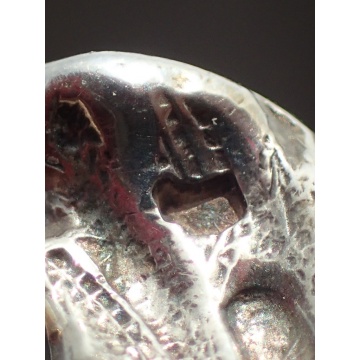 These four delicate menu holders show ‘vagues peignées’ (or painted waves) as well as floral scrolls and acanthus leaves swirling around a cartouche which holds an L and D monogram.
The are held in the back by floral scrolls doublings as stands.
Made entirely out of silver they have slots in the back which allows sliding the menus.
Though the Rocaille Style movement started under Louis XV there was a large revival of the movement in France during under Napoleon III.

These lovely menu holders will be perfect for a final touch on a formal dinner or during the holiday season.

The Hallmark is Poinçon à la Hure or Boar’s Head Hallmark which was used from 1838 to 1919 for small objects.
As often with smaller objects, the Makers Mark is too small to identify.