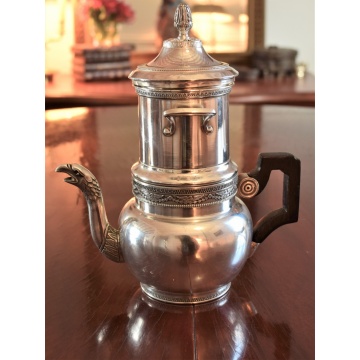 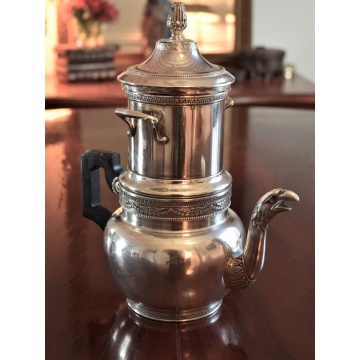 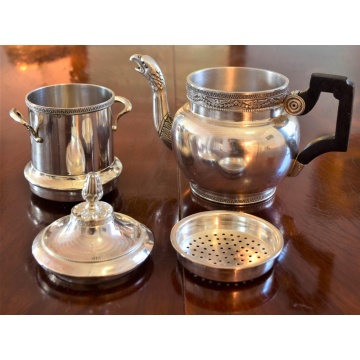 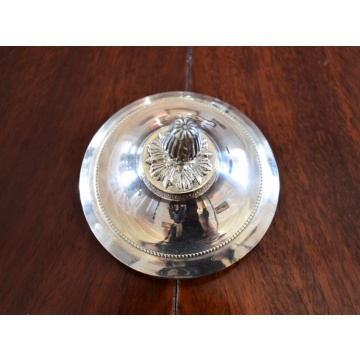 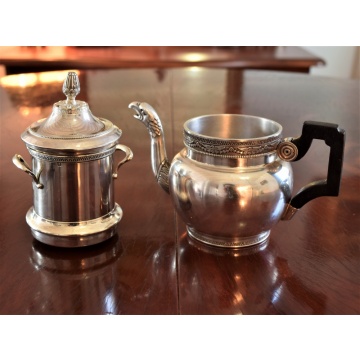 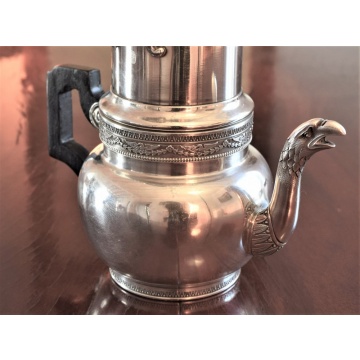 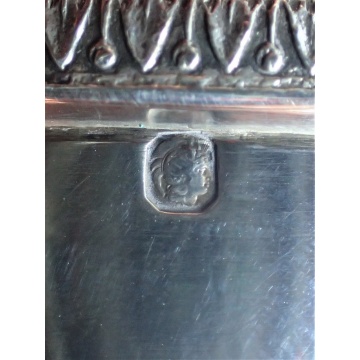 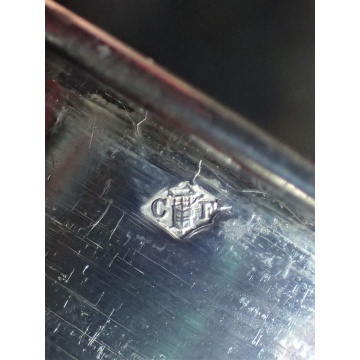 The Tisanière is made of 4 different pieces that twist together to allow putting in herbal tea and let it infuse.
The upper part of the main pot is lined with standing swans separated garlands of laurel and rosettes.
The spout shows a gorgeous Eagle’s head with the feathers finely chiseled out.

The pot rests on a round pedestal lined with laurel leaves
The upper part of the herbal ‘Tisanière’ shows the same laurel leaves wreath, while the lid’s finial is in the shape on an acorn resting on a crown of acanthus leaves!

An extremely rare piece, not often found as it was usually done on special order.

The Maker’s Mark is for Charles FORGELOT
His Mark shows a C and an F with in the middle a portable forge. He registered his mark in 1901 and cancelled it in 1928.