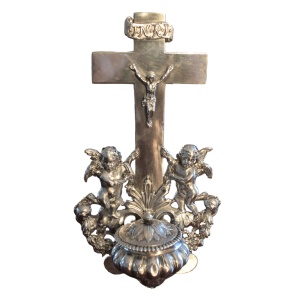 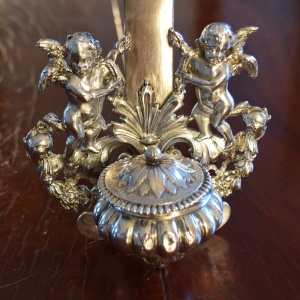 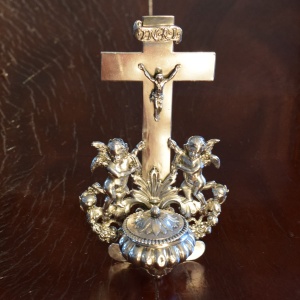 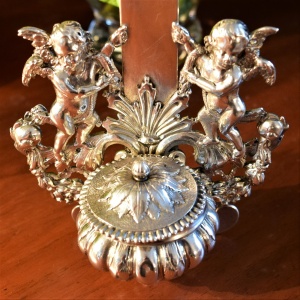 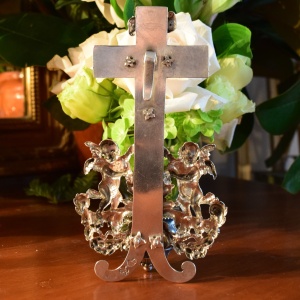 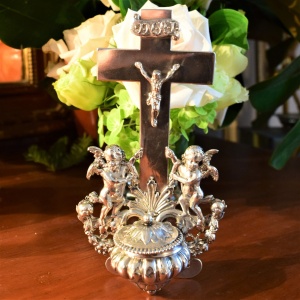 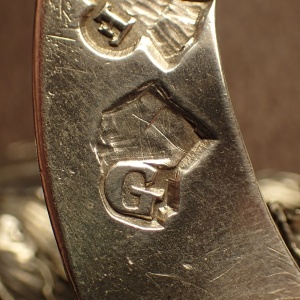 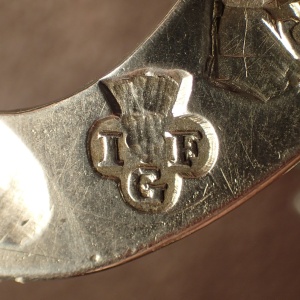 The cross is plain and surmounted by the titulus ‘INRI’, it features a Christ in the finely carved ‘Ronde bosse’.
It is flanked by two cherubs standing on foliage and garlands of flowers, while holding palms.
The small circular stoup has gadroons and laurel leaves on the body and the lid, which has a flap that ends with a seed-shaped finial.

A beautiful piece that would have graced a personal altar.

The Hallmarks are under the Fermiers Généraux régime (the Old Regime) for the city of Lille:
Photo # 7:
You have the Poinçon de Jurande or Lettre Date, showing a crowned G for Lille for the the year 1715-1716
You will notice the crown has been struck or erased voluntarily. During the French Revolution all symbols on remaining silver items had to have the Royal symbols destroyed. Hence the erasing of the crown.

Today we know of 5 pieces of his making still in existence.
Our Standing Stoup is featured page 76 of Les Orfèvres de Lille Volume 1.