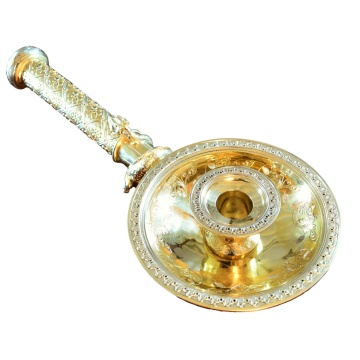 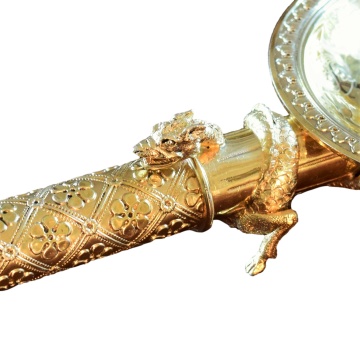 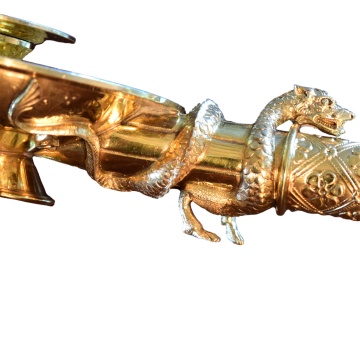 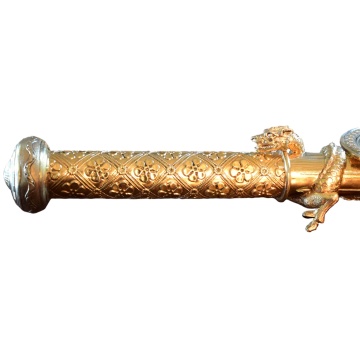 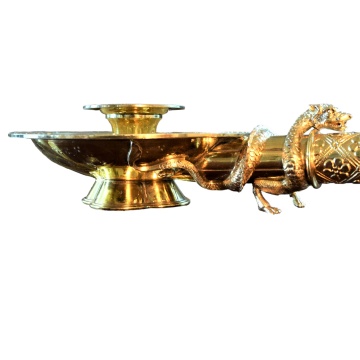 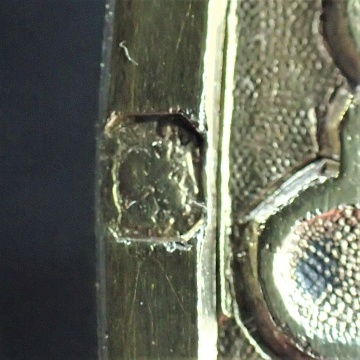 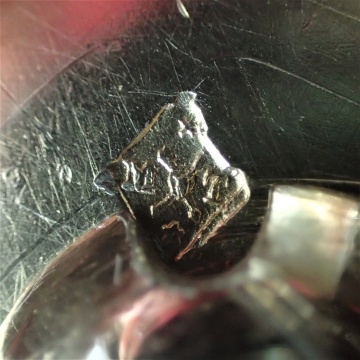 This magnificent and very piece is complete of its wick, decorated with friezes of water leaves.
The cylindrical handle is decorated with flowers and stars in a grid of hexagons with little ‘fleurons’ at the intersections.
The bowl of the candleholder is chiseled with a floral garland.
An absolutely incredible piece!

The episcopal candlestick was a mark of honor reserved for the Prelates in the liturgical services.
It appeared during the move of the popes to the City of Avignon in the early 1300s.
It was used to light the liturgical books read by the bishop during the services.

As a true necessity in dark churches, the candlestick or candleholder was made an episcopal insignia by giving it a special shape and a use determined by the ‘rubrics’.
It was an instrument generally made of silver with a real wax candle lit even if the weather is clear.
It had a narrow handle and was long enough so that the acolyte’s hand did not come too close to the book and the Prelate’s face.
Whenever the Prelate was reading, he would have the candlestick brought near him.
Since these candleholders haven’t been used in the liturgy for quite a long time, the examples remaining in France are rare and few are well preserved and as well decorated at the piece we present to you.
It is an incredible find….a true collector’s item.

The Makers Mark is for Maître Orfèvre Marie THIERRY who registered his mark on January 20th 1853 under number 5741.
The Workshop was located 12 rue Sainte Marguerite in Paris.