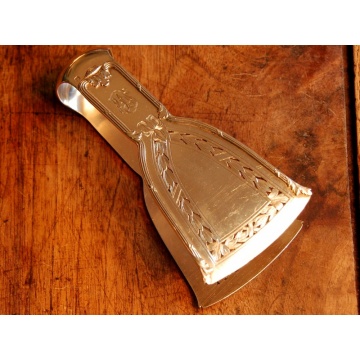 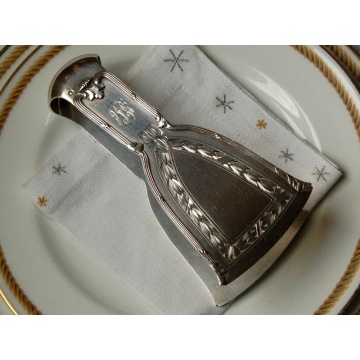 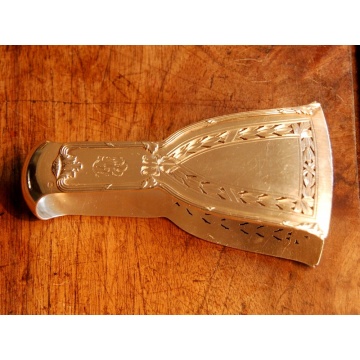 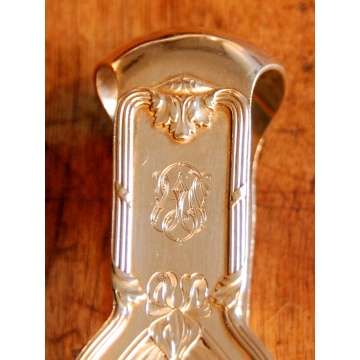 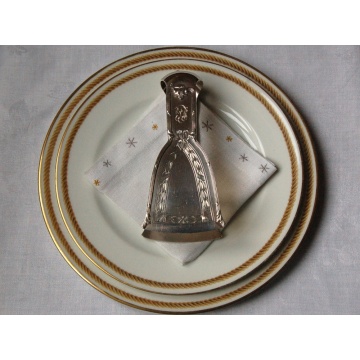 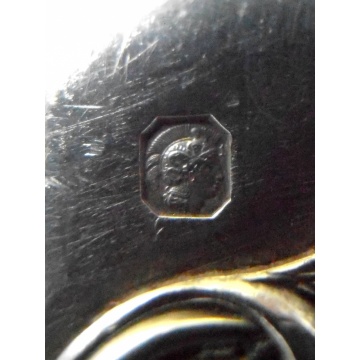 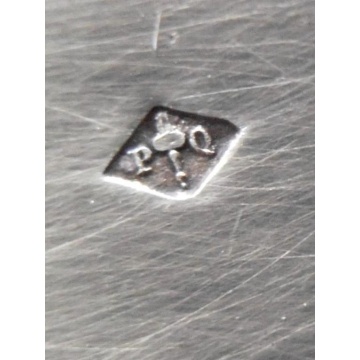 It is a very pure and very simple, yet superbly elegant, twist to the ‘Main Pince’ or Asparagus Tongs.
An elegant acanthus leaf line frames the solid silver cutout, and is finished by a very pure acanthus leaf design at the upper center of the piece.
The lower part of the tongs shows a laurel leaf garland cut out topped by a ribbon and the handle is decorated with a GW Monogram.

It fits perfectly in the hand and is in very good condition.
Though it is meant to serve Asparagus it may also be used as a bread or pastry server.

He left over his practice to his son Eugene QUEILLE who moved the shop to ‘8 Rue Saint Roch Poissonière’. He started work on February 11th 1847.
He then in turn left over his practice to his son: Pierre François QUEILLE who was named after his grandfather.
They moved their practice in 1874 to ’11 Rue des Petits Carreaux in Paris’.
Their production was sold by other Master Silvermiths as well, and they collaborated with several bigger names as the House of ODIOT and the House of FROMENT MEURICE.
Their House stopped production in 1930.