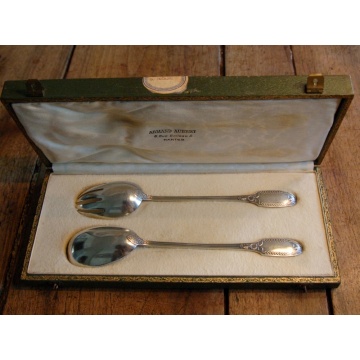 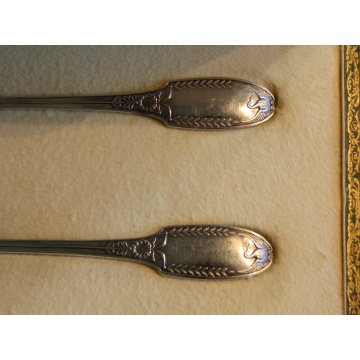 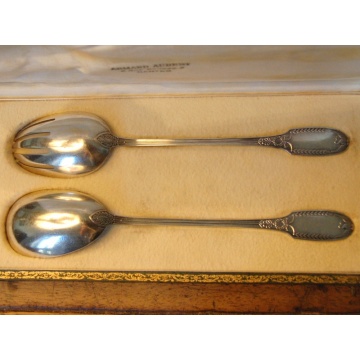 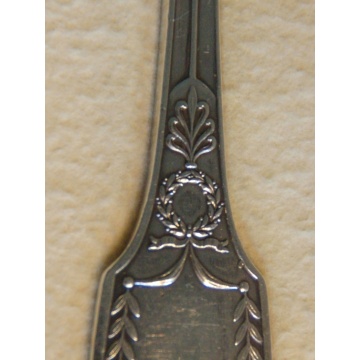 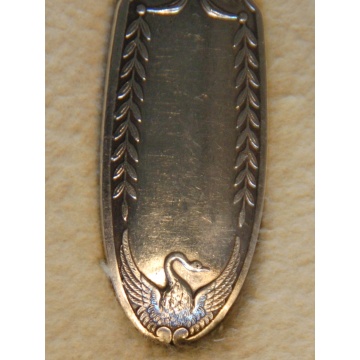 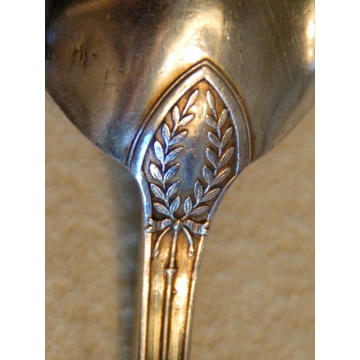 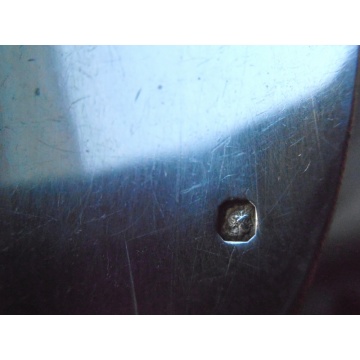 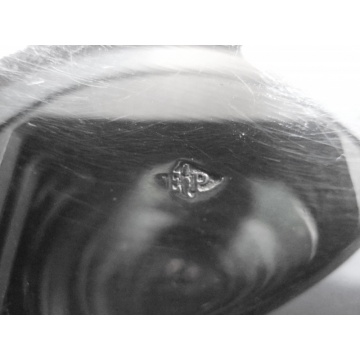 A Refined Antique French Silver Salad Server Set or Serving Implements by Maître Orfèvre Emile PUIFORCAT
We chose this set because of the fact the tines and bowl were made of silver and not ivory or horn as was most commonly done.

The handles are delicately worked in a Louis XVI style on each side, with a ribbon bound Laurel wreath on the higher end, and a charming swan spreading his wings on the lower end, under a laurel leaf garland

The middle part of the handle is lightly fluted and links with the bowl and tines by a delicate duo of laurel branches attached with a ribbon on one side and a pine cone on the other.

All in all, a lovely piece!
They are in perfect condition! They come in their original presentation box by Aubert, a Jeweller in Nantes.The box is in mint condition!